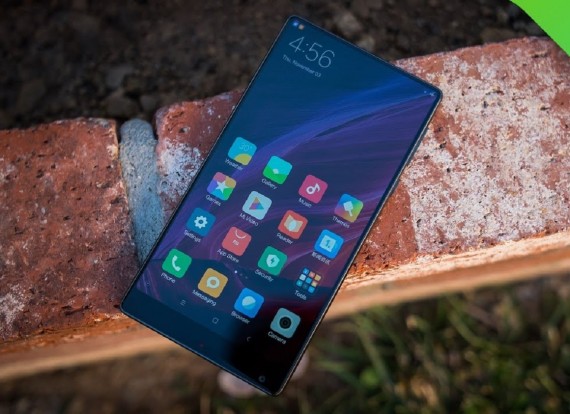 Although there haven't been many details about the Xiaomi Mi MIX Evo, the leaks suggest that this would be an improved version of the most popular mobile device ever released by the company. (Photo : Android Authority/YouTube)

Right now, Xiaomi is one of the most important brands in China, to the point in which it´s the main competitor of Huawei in the Asian market, and one of the Chinese smartphones that could conquer the American customers. Although there have been some incredible mobile devices just released by this company, one of the most mysterious is the Xiaomi Mi MIX Evo, since this is a phone which details has remained unknown for the public. However, the device has been spotted on the benchmark website Geekbench, and some of its specs and features have been unveiled.

According to Gadgets 360, the Xiaomi Mi MIX Evo could be one of the most incredible Chinese smartphones of all time, since the specifications listed on the site revealed that this will be a high-end device.  It is packed with a capable chip in the form of the almighty Qualcomm Snapdragon 835 SoC, which is only used by the most incredible mobile devices right now. Also, it was showed that this phone will have 4GB of RAM, and will run on Android 6.0.1 Marshmallow, which would turn the Xiaomi MIX Evo into something out of this world.

Apparently, this mobile device will be the upgrade version of the previous Xiaomi Mi Mix, which was probably the most incredible smartphone ever released by the Chinese giant, since it broke the company sales records, being the world´s first phone to wear an edgeless display.  Thanks to its outstanding screen-to-body ratio of 91.3 percent. Naturally, this could mean that the mysterious Xiaomi Mi MIX Evo could end up being something ever more spectacular, popular, and lucrative, given the fact that releasing an improved version of a product that excels expectations is usually a successful business.

In fact, considering that the previous version had a Qualcomm Snapdragon 821 processor, the Xiaomi Mi MIX Evo improvement might be so attractive for the customers that this mobile device can easily become one of the better smartphones that could be seen in the Chinese market this year, competing against other giants as the Oppo Find 9, the Huawei Mate 10, P10, and the Honor 8.

As reported by the International Business Times, although the memory of the Xiaomi Mi MIX Evo is practically the same as the previous version, it's expected to see an incredible upgrade in any of its specs and features, which hasn't been revealed on Geekbench. This outstanding previous version features 91.3 percent screen-to-body ratio, and a 16 MP rear camera with an outstanding PDAF, f/2.0 aperture, including a dual-tone LED flash.

The most incredible details of this mobile device are the ff: a 5 MP camera at the front for taking selfies and connectivity options that include 4G LET, Bluetooth v4.2, Wi-Fi 802.11ac, a GPS/A-GPS, NFC with Mi-Pay support, and a USB Type-C port. Although the Chinese company hasn't made any announcement about this mysterious smartphone, the Xiaomi Mi MIX Evo might be showed off at the Mobile World Congress 2017, in which it could unveil the Mi 6 flagship range.

Windows Phone Will No Longer Have Samsung´s SmartThings App

Although SmartThing app will definitely retire its service, the company didn't provide major explanations. Windows Phone is facing probably it worst moments, given the fact that its share of global smartphone shipments decreased a lot.

Although Samsung needs to do everything in a perfect way to restore its reputation with the Galaxy S8, the release date of the flagship might be quite unpopular for the customers.

The Most Incredible Android 7.0 Nougat Tips And Tricks For The OnePlus 3

Although no one thought that the OnePlus 3 could end up meeting expectations, this was one of the most incredible smartphones last year as the Android 7.0 Nougat adds a touch of excellence on the phone´s quality and performance.