iPhone X: Everything We Know About Apple's Mysterious Smartphone 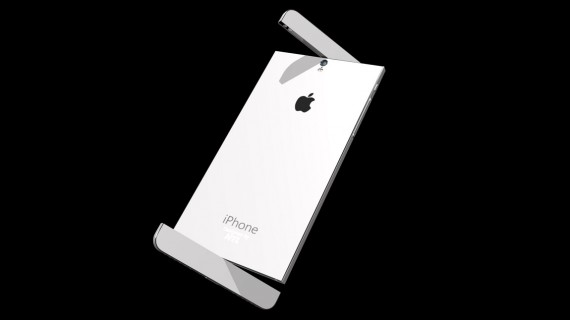 Just when everyone thought that the iPhone 8 will be Apple´s flagship this year, new rumors suggest that a mysterious iPhone X could be the real bet of Apple this year. (Photo : X-DESIGN/YouTube)

This year, tech world and Cupertino giant Apple are framed for the release of the iPhone 8, given the fact that the expectations surrounding this mobile device are so high, that it would be almost a miracle if the flagship ends up fulfilling it. However, there have been a lot of rumors in the last weeks about another mobile device called iPhone X, a mysterious handset that could be Apple´s original flagship instead of the iPhone 8.

One of the reasons why any specialists in the area believe that this could happen is because of the fact that the Cupertino will commemorate this year the 10th anniversary of the first iPhone ever released. Of course, everyone thinks that the flagship that will frame this symbolic moment will be the iPhone 8, but it could make a lot of sense if the chosen one ends up being the iPhone X, because of the meaning of this simple letter - Roman numeral for 10- which is actually as minimalistic as Apple loves.

However, there have been theories suggesting that the iPhone X would be an additional mobile device that Apple will release this year or the next. Regarding this scenario, many people believe that this could mean that the Cupertino company will finally kill the iPhone as we know it, and start another series or even another device.

Nevertheless, the latest information suggests that the iPhone X would sport a 5.8-inch wraparound screen with a fingerprint scanner, earpiece and a front-facing camera all embedded into it, which could something spectacular that will definitely blow customers´ mind. Also, it has been said that this mysterious mobile device could have wireless charging, which could mean that Apple is already planning to sport this capacity to other smartphones, or that the iPhone will actually be the iPhone X, given the fact that everyone knows that Apple´s flagship of this year will we equipped with this feature.

Other rumors that have been told about the iPhone X is that it will sport some form of facial and gesture recognition, which could mean that an iris scanner will be another innovative feature that this device could have. Naturally, if this ends up being true, it could make sense to think that this mobile device will be Apple´s flagship to commemorate the 10th anniversary of the first iPhone, given the fact that in this particular event, the Cupertino company needs to release the most outstanding smartphone.

In fact, it would be extremely harmful if the flagship ends up being the iPhone 8 instead of the iPhone X and doesn't sport these features, considering that start to creating expectations for another phone, when the one that s going to be released this year hasn't been unveiled, it will make customers disappointed and consequentially, this year´s flagship will definitely end up being a huge failure that the tech giant can´t have.

Of course, the iPhone X remains as such a mysterious possibility that other analysts think that there are some chances that this could actually be a codename for another smartphone that the Cupertino company wants to release. However, even if this last possibility will be realized, it will be harmful for Apple, considering that playing with customers´ expectations can lead to greater risks.

Although the Google Pixel was an outstanding success for the search giant, the Android One represents its intentions of conquering the budget smartphone market, which is something that could be easily achieved considering the phone´s greatness.

Although its release date is going to be later than expected, the Samsung Galaxy S8 could meet customer´s expectations and become the most incredible mobile device ever released by the South Korean giant.

Twitter Gets Downgraded And Could Decrease Its Advertising Revenues

Last year, Twitter´s board members wanted to sell the company, but in addition to the fact that no one was interested, its CEO Jack Dorsey wanted to keep the social media network independent.