Pokemon Sun And Moon: Best Tank Pokemon And Why You Need Them 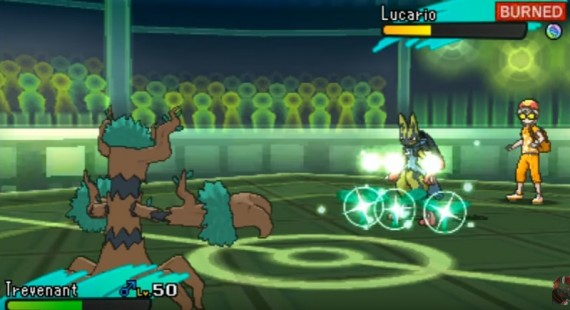 Winning a battle consists of skills and luck. However, knowing the strongest tank type Pokemon will be a player's best strategy to reach victory. (Photo : Verlisify / YouTube)

There are hundreds of Pokemon characters already introduced in Pokemon Sun and Moon game. However, not all of them are fierce during the battle. Some of them might look intimidating but turns out they are just like magikarp, weaklings.

Before going to a Pokemon battle, every trainer should know what they are bringing to the table. Players should be knowledgeable with their Pokemon, especially on their abilities. A lot of times, players tend to rely on the appearance of the Pokemon without researching their capabilities and skills. This actually leads them to failure.

There are a lot of ways to survive Pokemon battle but getting the strongest Type of Pokemon is already halfway your victory. We are going to list the Best Tank Pokemon we have today for Pokemon Sun and Moon. This list will not include legendary or ultra best Pokemon as they have their own classification. Lastly, the list will not be in order. Let us check some Pokemon who are worthy to be called The Best Tank.

Famously known as the Superpower Pokemon, Machamp is a force to reckon with. Everybody knows that this Pokemon is bipedal and it is built like a tank. It has four strong muscled arms and a body that seems to tolerate any kind of pain. Arguably one of the greatest physical specimens in Pokemon history, Machamp is hard to deal with. He has extremely fast and powerful punch that can create devastating damage on his opponents.

This Pokemon should not be taken lightly as he has an array of skills that can decimate an opponent. It looks like an old irrelevant tree but Trevenant is considered as a tank. It has two moves that are perfectly built to overcome his adversaries. Trevenant, as reported, can kill a certain Pokemon using one move and that is his Shadow Claw.

Another fighting type Pokemon was able to make it on our list due to a variety of reasons. By the name alone, players can tell that this Pokemon is not something to mess with. Bewear looks like a cuddly teddy bear who doesn’t know how to fight. However, looks can be deceiving. With a high HP, he can withstand any attack. His offensive attack is one of the simplest but vicious techniques that can dispose an average Pokemon.

Probably the most popular tank type Pokemon. Incineroar still holds the highest HP for starter Pokemon with regards to their final evolution. Physically, Incineroar is a powerhouse, to say the least. Although there are some questions with regards to its special attack and speed, opponents should think twice prior to engaging a battle with him.

Mimikyu is a personal favorite in Pokemon Sun and Moon game. When this little creature was added on S&M, a lot of players were intrigued about him. First of all, he wears a Pikachu mask, and second of all, little is known about him. Mimikyu does lives up to his class. A ghost type that is very elusive and hard to target. One key note about this Pokemon is his disguise ability.

Pokemon Sun And Moon: Top 5 Ultra Beast And Their Locations

Pokemon Sun And Moon did raise their game to another level when they introduced a new line-up of Pokemon. The Ultra Beasts are considered harmful to both people and Pokemon living in the Alola Island. There's a total of five Ultra Beast right now ranked according to players' reaction.

Pokemon Sun And Moon: Rare Pokemon, Where And How To Find Them

Pokemon Sun and Moon has a lot of characters. But finding and catching a rare type or even legendary Pokemon is very satisfying. Once you have this on your team, you are unbeatable. However, before you try to get hold of these Pokemon, you need a guide on where and how to catch them.

Game Freak knows how to make their players happy. With the addition of 7th Gen Pokemon, players have an array of characters to choose from. Some of them are confused due to the number of Pokemon added, but most of them are enjoying it.

Pokemon Sun and Moon’s seventh Global Mission has already started. This time, the goal of gamers is to defend their League Champion title to earn great rewards.