Tom Clancy’s The Division 1.6 PTS Update: Legendary Difficulty, Other Stuff To Be Introduced? 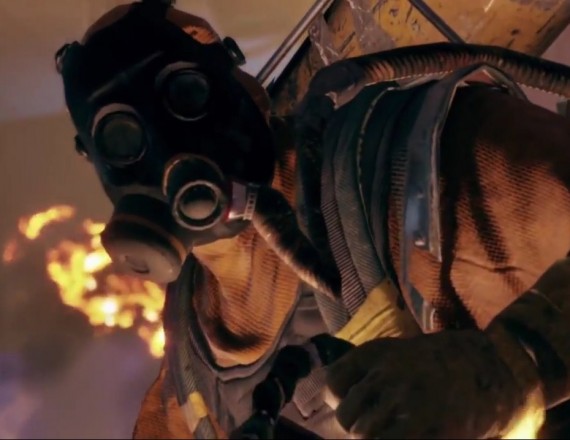 There is a new 1.6 PTS update coming for Tom Clancy’s The Division. This update will bring in new content, new legendary difficulty and many more. (Photo : Ekadantaya Motion Pictures/YouTube)

Tom Clancy's The Division will receive an update that will add new content and will also make massive changes. The 1.6 PTS update is offered free and its release date will be the same as the Last Stand Expansion III DLC. Other details were also revealed by Ubisoft, the game developer of the video game.

There Will Be A New Level Of Difficulty

Aside from the big changes that the 1.6 update will bring in Tom Clancy's The Division, there will also be a new difficulty level that will be introduced to PvE, Dark Zone leaderboards, Contamination event in the Dark Zone and many more. The "Legendary" difficulty will also go beyond the Heroic expansions.

The Legendary Difficulty Will Go Beyond Normal Challenges

If you really love challenges beyond the normal, you will love the new Legendary Difficulty offered by Tom Clancy's The Division 1.6 update. You will encounter these challenges in three places, in Time Square, in the WarrenGate Power Plant and in the Napalm Production Site. Some players, perhaps including you, may have been through these places already.

But this time, if you will explore these places again, you will be in for a big surprise. These places will be crawling with Last Man Battalion opponents that are a lot smarter than before. They will be using more advanced combat tactics against their enemies. It will be up to you and your team to work smarter than them. So better be prepared beforehand because the NPC's that you've been used to have been entirely replaced in this recent Tom Clancy's The Division 1.6 update.

There will also be an expanded "Northern Front" in the Dark Zone, where three zones will be added with NPC occupied landmarks that offer more challenges. Other big adversarial areas in the Midtown East district northern region are also included in the new update. According to Ubisoft, the strength of the virus has increased in the 1.6 update Contamination events.

Now, there are piles of contaminated body bags piled up in various parts of the subways under the Dark Zone. In Tom Clancy's The Division 1.6 update, the cleaners are busy sweeping these areas and burning everything, even civilians who get in their way. These cleaners have to be taken out.

The Virus Is Too Powerful For The Filters

But now, you will find that in Tom Clancy's The Division 1.6 update, the virus is too powerful for your filters. You will need to take out these elite cleaners before the virus takes you down. In this respect, the 1.6 update will bring in new gears and other exotic items. Perhaps this stuff will help you undertake your missions without being overpowered by the virus and your deadly enemies.

It seems that Ubisoft is planning a soft launch of Tom Clancy’s The Division 1.6 update very soon.

Overwatch Guide: Tips On How You Can Master D.Va

D. Va has some powerful abilities that you can use in overcoming your enemies in Overwatch. But you need to master them and this article will show you how.

Ubisoft will be releasing a new update for Tom Clancy's The Division next month. Will the new features excite the players even more?

Latest The Division Glitch Could Unlock All Talent Weapons

Bugs and glitches are inevitable instances in every game. Apparently, The Division is not an exception as the game was recently found to have glitches in-game.

In celebration with the first anniversary of Tom Clancy's The Division, Ubisoft has introduced a new special event. Check it out here!