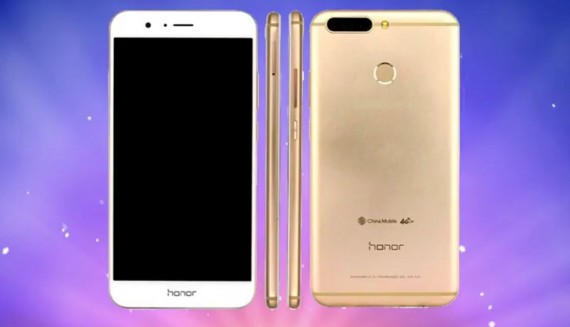 A smartphone with a model number Honor-DUKTL30 has been spotted on TENNA, rumored to be the upcoming Honor 9. Its still not clear if the next Honor flagship will use that name. (Photo : Tech TalkTV/YouTube)

Although the Honor 8 has just been released and is about to receive the Android Nougat update, Chinese smartphone maker Huawei has surprised everyone with a new information that might save the phone market.  The possible launch of Honor 9, a mysterious mobile device will not only be the Honor 8 successor, but also a smartphone that might actually become another blow for Apple and Samsung.

The information about the Honor 9 was spotted on the website of the Chinese telecommunication authority TENNA, in which it revealed that this mysterious mobile device will excel its predecessor by large, which would mean an incredible leap of quality for Huawei and will boost customers' experience. Apparently, the Honor 9 will bear the model number DUK-TL30 and is expected to be a flagship, which means that the Chinese giant is betting a lot on this mobile device.

According to the data provided by TENNA, it is not yet sure if this possible flagship will be called Honor 9, but many believe that this will be the name that Huawei will end up choosing, considering that it will be another mobile device from the Honor series. Also, it is expected that this flagships ends up being unveiled in the upcoming months, more specifically in an event scheduled at the 2017 Mobile World Congress on February 26, in which the Chinese company might launch this mobile device alongside the rumored P10 and P10 Plus smartphones, which also promises to be some outstanding devices that might conquer the American market.

Apparently, the Honor 9 might be equipped with an octa-core processor clocked a 2.4GHz, and will probably possess a Kirin 960 CPU, which shows remarkable quality when comparing it with the predecessor, given the fact that this one had a Kirin 950 chipset. Clearly, this is something that shows Huawei´s ambitions with this handset, considering that it would wear one of the greatest processors that mobile devices are using right now.

Also, the Honor 9 could have a 5.7-inch Quad HD display with a resolution of 2560 x 1440 and will house 6GB of RAM with 128GB of internal storage that can actually be expanded with a microSD card. Also, TENNA shows that this mysterious mobile device would be equipped with a dual-rear camera set-up consisting of 12MP and 2MP sensors, including another 8MP on the front

In addition to these outstanding details, the Honor 9 might also wear a 3,900 mAh battery, which will allow customers to use this phone a lot of hours without having to worry for a discharge. Another information spotted on TENNA shows that this mobile device could run on the Android 7.0 Nougat operating system, which might be a little disappointing for those who wanted a Huawei´s phone with the latest update available.

More details about the Honor 9 shows that it would weigh 184g and will measure 157mm x 77.5mm x 6.96g. Also, the mobile device might come with a fingerprint sensor at the rear -showing the images in a gold color- and it will have some connectivity options that includes infrared, GPS, Bluetooth, WiFi, 4G LTE with VolTE, and UB.

iPhone X: Everything We Know About Apple's Mysterious Smartphone

Just when everyone thought that the iPhone 8 will be Apple´s flagship this year, new rumors suggest that a mysterious iPhone X could be the real bet of Apple this year.

If you've been contemplating on which Huawei phone to buy whether it be a P40, P30, or even a P30 Lite, here's a little guide that could help you make the right choice.