Overwatch Update: Why Player Wants Smurfing To Be Banned Permanently 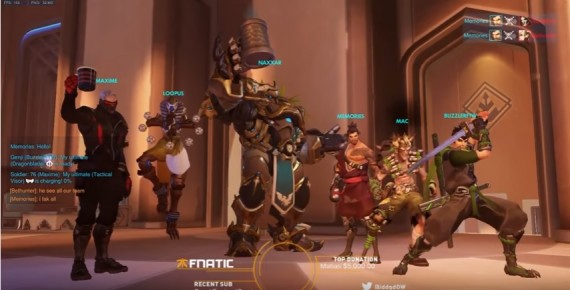 Overwatch is the best game we have right now but some of the players can't just stay away from cheating. It's been a couple of months since Overwatch community noticed that some of the players are smurfing. The other day, they've called out already one player namely IDDQD for his childish move and even posting it on YouTube. (Photo : Overwatch Esports - Tournament VODs / YouTube)

Regardless of what you are playing, it might be sports, a simple hide and seek or even a game of cards, cheating should not be allowed. In a recent tirade in the official Reddit page of Overwatch, a lot of players are pissed off with a particular player due to Smurfing.

This is not the first time that Overwatch players reported such thing but enough is enough as player states. It has come to their attention that most of the players right now are smurfing due to there are no sanctions given to them. For those who are not familiar with smurfing, it's a term given to a player who creates another account and acts like a beginner. Some players don’t consider this move as cheating but it is.

It is a common knowledge or courtesy to any video gamer that if you are already considered as a seasoned veteran of the game, the only direction is to go up. Unfortunately, some players have the nerve to even compete with low-level opponents just to have fun. The Reddit thread identified one of the notorious “smurfer” in the game and his name is IDDQD.

At first, IDDQD was given some cushion about these allegations as evidence are not strong enough to accuse him of smurfing. However, with the watchful eyes of the members of Overwatch community, they were able to somehow pinpoint that IDDQD is smurfing. Sure it is not a crime to do smurfing as it was not even stated in the rule book. But it is very annoying to see somebody making fun of low-level players trying to boost their confidence in the game.

What’s more annoying is, on his YouTube channel, you will see that he have posted numerous videos about him beating those beginners easily. There’s even one video that shows that he was able to kill 69 players with zero deaths. I know that anything is impossible as Kevin Garnett screamed during the NBA Finals in 2008 but this is something else.

Overwatch community is crying foul already with this unsportsmanlike move by IDDQD. Legion of fans are already irritated by the way he is still freely playing the game without any reprimandation from blizzard. Not only it is considered as unsportsmanlike but it is very childish if you are going to check it at some angle. Again this is not considered a crime but the developers of the game should do something about it as soon as possible.

There are still no verdict with regards to IDDQD being removed from the game. The same goes with smurfing. Overwatch players have already voiced out their opinion with regards to this childish act from one player and still waiting for some decisions from blizzard. On a lighter side, Overwatch is still on top of the food chain. They are already named as the Best Video Game last year by a notable institution and they are not yet ready to give up the throne.

The Last Of Us 2: Ellie Will Lead The Way, Love Interest Revealed?

It’s been a month or two since Naughty Dog and Sony Entertainment released the very first trailer of The Last Of Us 2. There are still a lot of questions with regards to the game specifically on Ellie being the main catalyst of the game. Also, there are numerous highlights that players need to check like her sexuality and love interest.

Counter Strike franchise will go down in history as the greatest First Person shooting PC game ever. There might be some gamers who will disagree but unanimously they are just better. Valve entertainment just released two sets of updates for CS: Global offensive and they are a thing of beauty.