Samsung Galaxy S8: Here's Everything We Know So Far With The Latest Flagship 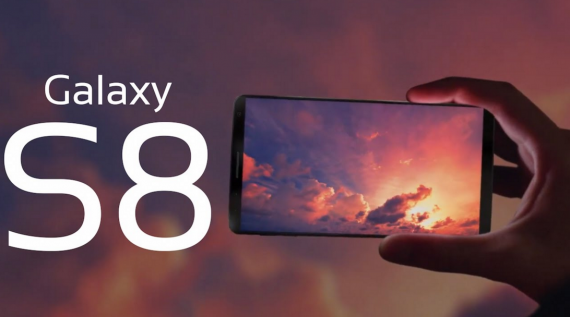 Samsung is expected to release its latest flagship device with the name as Galaxy S8. Here is everything we know so far with the device. (Photo : Soldier Knows Best/YouTube Screenshot)

The South Korean tech giant is expected to release its latest flagship device, the Samsung Galaxy S8, this year as it strives to regain customers loyalty.

The most anticipated smartphone of Samsung this 2017, the Galaxy S8, as it's expected to be called, is rumored to be unveiled within the next couple of months. And with this, we have a bunch of good news from reliable sources to share.

According to Tribune, the Samsung Galaxy S8 is expected to boast the latest in smartphone technology and feature major design innovations. This move is for the people to trust Samsung again and regain the loss of the company in terms of its sales. Here's everything we now so far with the Samsung's latest flagship.

As Business Insider reported, Samsung Galaxy S8 won't have a physical home button. The home button may be embedded underneath the front glass panel. If so, it could look and work similarly to the new home button on Xiaomi's new Mi 5s smartphones

Both Apple and Google are the only smartphone device manufacturers that offer products which feature smart assistants. Tribune reported that it is expected to be a thing of the past with the introduction of the Galaxy S8. Samsung made an official announcement regarding the inclusion of an AI assistant in the upcoming smartphone after the news on the acquisition of Viv Labs Inc, which is a firm run by a Siri voice assistant program co-creator.

This report from SamMobile could give "Bixby," Samsung's rumored AI for the Galaxy S8, its own set of eyes through the phone's camera. So, instead of asking Bixby about something you want to know, you could potentially show it what you want to search for with the Galaxy S8's camera. It's an interesting prospect, as neither Apple's Siri, Amazon's Alexa or Google's own Assistant are tied into any cameras or camera technology.

Samsung Galaxy S8 models are to be packed with Qualcomm’s most advanced Snapdragon 835 processor. Other international models will use a version of Samsung's very own Exynos chip. Though few details on these chips exist, I am sure that they'll surely be very powerful.

Many people know that Samsung has been a leader when it comes to smartphone devices displays. The manufacturer already offers a dual-curved display with Quad HD resolution devices. However, word has it that the South Korean tech giant may switch to a higher 4K display with the upcoming Galaxy S8. While the higher resolution will certainly make for a better user experience, it would also consume greater power. This points towards a larger battery as well.

Samsung Galaxy S8 Alternatives For The Cheapskate In You

The Samsung Galaxy S8 is a wonderful smartphone but an expensive one which is why many are looking for cheaper alternatives.

Starting in July, Samsung Taiwan plans to sell a "rose pink" version of the Galaxy S8+ smartphone on its online store for a limited time, since artificial scarcity is the hallmark of a shrewd marketing campaign.