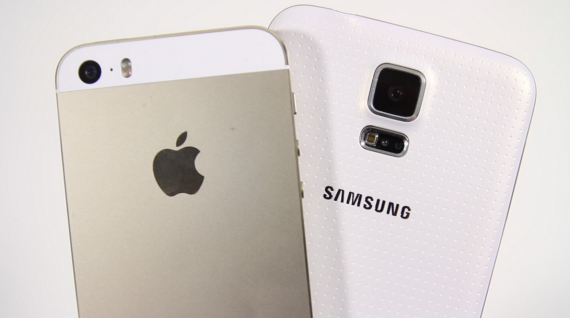 Samsung's new digital assistant could be more powerful than Apple's Siri. Bixby could be seen on the next Samasung Galaxy S8 and Galaxy Note 8. (Photo : TechSmartt/YouTube Screenshot)

The upcoming Samsung smartphone devices are to come up with a more powerful assistant compared to Siri of Apple. This most anticipated new assistant is named as Bixby.

Rumors are increasing regarding the upcoming Samsung's AI-powered digital assistant for both the Galaxy S8 and Galaxy Note 8. Many reviews are saying that Bixby will be more than capable enough of giving Siri a run for its money. You can actually access the assistant with the feature and dedicated "Bixby" button on the smartphone itself.

According to Mashable, Bixby is the new intelligent assistant of Samsung set to debut along with the Galaxy S8 and Galaxy Note 8. The main feature to boast of Bixby is its capability of searching for items based on what the user points the camera at. Bixby is also reportedly to be closely tied to Samsung Pay to facilitate mobile payments.

Trusted Reviews reported that Bixby has the most powerful visual feature that could set it apart from the other mobile assistants such as Siri, Cortana, and even Google Assistant.

The sources claimed that there will be an in-camera button that will enable Bixby to identify individual objects while also processing text spotted within the frame of the camera. This feature will become possible, thanks to a ‘high degree of interconnectedness' with other applications Bixby that will help users find the item online and even make a purchase. This also appears to be what makes it different to the Googles app, which has been available for many years.

The support for optical character recognition (OCR) could also enable Bixby to act as a digital scanner using a mobile device. Just point the camera at some words or texts and the assistant will be able to scan it right away into a digital format. There are plenty of standalone apps that have similar functionality like that on Bixby, but having this built into your smartphone camera could be particularly very convenient.

As of now, Samsung is still busy developing the software for Bixby along with the Galaxy S8 as well as the Galaxy Note 8, and right until launch decisions can be made to add or remove previously rumored features from the phone. The new and anticipated Samsung’s AI assistant will debut on the Galaxy S8 and Galaxy S8 Plus, but will most likely not stay exclusive to those devices only. According to SamMobile, later in the year, Samsung's Bixby could come to a new Note device such as the Galaxy Note 8, and over time trickle down to Samsung’s mid-range devices as well.

While we still know little about Samsung's Bixby, the assistant is the product of the acquisition of the company and Viv, the AI startup founded by the creator of Siri. "Samsung plans to integrate the A.I. platform into the Galaxy smartphones and expand voice-assistant services to home appliances and wearable technology devices," said Se Young Lee and Nataly Pak to Reuters.

Therefore, we can see and encounter Bixby not just on the Samsung upcoming smartphone devices but also on Samsung home appliances and wearable technologies. That is such a great function Samsung will do since Apple's Siri is not everywhere yet.