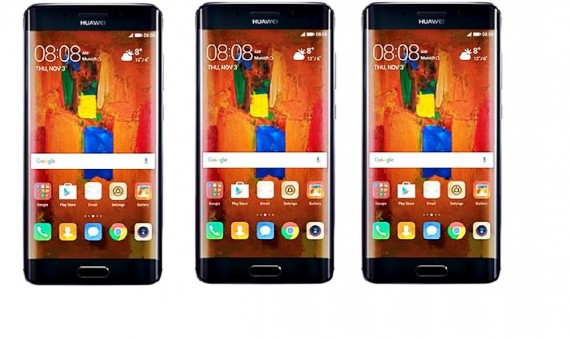 Although it´s not known if this could end up being the mysterious Huawei P10 Lite, the information spotted about the mid-range mobile device reveals that it would be extremely possible. (Photo : XEETECHCARE/YouTube)

Chinese smartphone maker Huawei is betting a lot this year in order to increase its power in China and be equipped with the best smartphones in its history, given the fact that this year it will debut in the American market, which is the last step in its plan to beat major companies such as Apple and Samsung. Given this situation, the Chinese giant will release the P10 Lite.

The Huawei P10 Lite Would Sport A Decent Design

As reported by Android Headlines, although it has remained as a real mystery for many Huawei´s fans, a new mobile device has been spotted in TENNA codenamed as WAS-AL00, and many believe that this could actually be the Huawei P10 Lite, showing what it could be some of the specs and features of this smartphone. One of the most relevant details is the fact that this phone will be fueled by the company´s HiSilicon Kirin SoC, which seems to be a great move from Huawei to keep with its own pieces in order to keep its originality.

Also, it was showed that the Huawei P10 Lite´s design will be plain, though, Huawei´s branding is placed below the mobile device´s display, and the bezels are quite thick overall, while the power/lock and volume rocker keys are located on the right. Clearly, this would be a design that would definitely match the ones that the greatest mobile devices wear.

The Huawei P10 Lite Would Have Excellent Specs And Features

As reported by Softpedia, the Huawei P10 Lite might come with 4GB of RAM and 64 of internal storage, which seems as a big surprise for being a mid-range phone, as it was spotted on TENNA. Considering that this kind of mobile devices doesn't sport this amount of storage, it would be quite possible that this smartphone excels expectations in this range, and end up becoming a huge hit for the company.

Another huge surprise is that the Huawei P10 Lite could sport a 2900 mAh battery, which is also the same case as the storage capacity: incredible specs for a mid-range mobile device. In addition to this incredible thing, it was spotted that this smartphone would sport a fingerprint scanner on the back, and a 5.2-inch full HD (1080p) display with a 12MP camera, while in the front there´s another one of 8MP to take selfies.

Regarding the software, this Huawei P10 Lite might run the Android 7.0 Nougat operating system right out of the box, which even when it can be compared with the latest update, is not bad at all for a mid-range mobile device. Nevertheless, the good news is that this phone on top of Google OS will also offer the Huawei´s Emotion UI (EMUI).

Apparently, the Huawei P10 Lite will measure 146.5 x 72 x 7.2mm and weighs 146g, which makes it perfect for using in the most comfortable way. In short, if these specs and features end up being the truth, this mobile device can be a great success for the Chinese company.

Is The White Version Of Xiaomi Mi MIX Only Available In China?

Although the white Xiaomi Mi MIX will be available for purchase only in China, it remains unknown if the company will decide to release it eventually at any other market around the world.