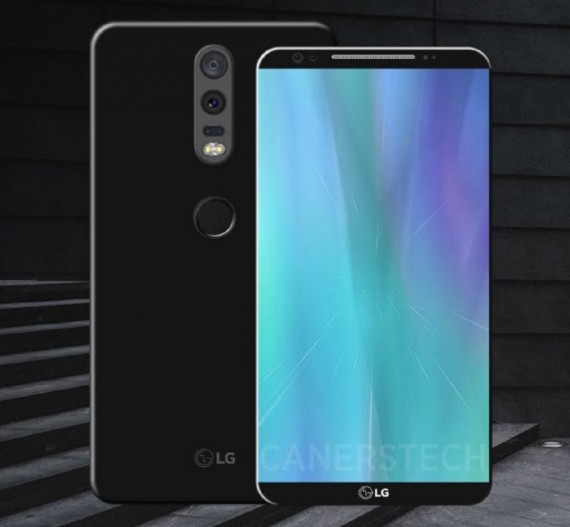 The LG G6 represents the company´s intentions to increase its power and popularity among customers while the Nokia P1 promises to be one of the greatest mobile devices that we will see this year.<br /> (Photo : CanerS Tech/YouTube)

Of every single smartphone that is about to be released, the LG G6 and Nokia P1 are two of the most anticipated smartphones that offer incredible specs and features.

LG G6: The Biggest Bet Of The South Korean Company

On one hand, the LG G6 is expected to be one of the greatest devices this year, given the fact that the South Korean company has been betting a lot in achieving the highest popularity in a moment in which its main rival Samsung is still facing some troubles because of the Galaxy Note 7 fiasco. Naturally, this is something that LG wants to take advantage with the release of this important flagship.

The LG G6 will sport a 5.7-inch Quad HD LCD display of 1440 x 2560 pixels (554 ppi pixel density), protected by the Corning Gorilla Glass 5 that would make really strong and resistant to collisions. Also, this mobile device will be made with metal glass, and it won´t follow the steps of Samsung and Apple with the removal of the 3.5mm jack, which seems as a bold move considering that this is something that even when it was criticized at the beginning, customers are already getting used to and are starting to embrace this style.

Another detail about the LG G6 is that it would wear a dual 16MP cam system that could definitely meet customers´ expectations. Nevertheless, even when this mobile device will have great features as an iris scanner, the big issue is that it would be equipped with a Qualcomm Snapdragon 821 processor, which even when it represents one of the greatest processors in the world and will be complemented with a great 6GB of RAM, everyone expected that it could use the latest, just as its main rival the Galaxy S8.

Nokia P1: A Mobile Device That Will Frame The Return Of The Finnish Company

Given the fact that Nokia spent several years out of the game, everyone expects that the Finnish company would have an outstanding return, and could recover at least some part of its old importance in the phone business. Fortunately, it seems that this will be possible since it´s known that this company is hitting the market once again with some mobile devices, in which the Nokia P1 seems as its biggest bet.

This mysterious mobile -which can be called Nokia 8- is expected to wear a 5.3-inch display with 1080 x 1920 pixel resolution, with a 22MP rear camera and Carl Zeiss-certified, which would definitely be something extraordinary for all of those customers that are waiting for Nokia´s return. Also, the Nokia P1 might run on 6GB of RAM and up to 256GB of internal memory, which is something quite amazing since only the greater brands will have it.

Nevertheless, what seems as the greatest detail of the Nokia P1 is that it would be equipped with the Qualcomm Snapdragon 835, which is something incredible considering that just a few mobile devices will sport this mind-blowing processor. Also, the Nokia P1 is expected to be water and dust resistant.

The Huawei Watch 2 Could Arrive Next Month: This Incredible Smartwatch Will Be Able To Make Phone Calls

Although no one thought that the Chinese giant could excel the quality of its previous smartwatch, the Huawei Watch 2 will be so incredible that will actually offer something groundbreaking.

Although the LG G6 was expected to be a great competitor for the Galaxy S8, its delay on the release date eliminate its chances for sure, which represents a huge disappointment.

With this unbelievable selling, the Xiaomi Redmi Note 4 becomes the mobile device that achieved the biggest smartphone sale in the history, beating other important brands as Apple and Huawei.