Before The iPhone 8: How Apple Changed The Industry 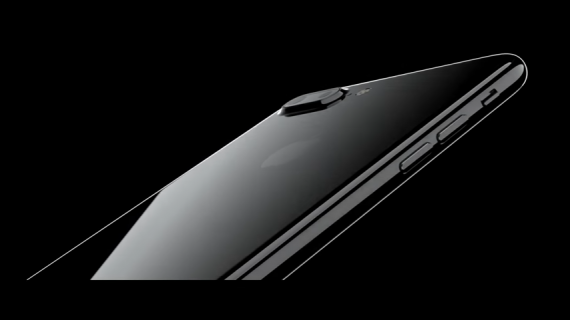 Ever since the iPhone was first introduced into the market, the face and use of a phone was changed. And with the 10th anniversary iPhone on the line this year, Apple is expected to make waves onces again. (Photo : Apple/YouTube)

In 2007, Steve Jobs introduced the public to the very first iPhone. The new handheld revolutionized the way that individuals understood and used phones. Since then, Apple has continued to release new smartphones that have helped shape the market into what it is today. With this year marking the iPhone's 10th anniversary, the public is in high anticipation for what the Cupertino-based tech giant is going to release.

Apple has used the last decade to experiment with what works best and what the public prefers. As The Verge has noted, the company has gone through using plastic, metal, and glass in the body of its handhelds - a move that several other tech companies have followed. In addition, Apple has also gone on to release iPhones of different sizes.

The very first iPhone debuted a trademark home button, a metal rear casing, and a now-humble 3.5-inch screen. Its capacitive touchscreen helped pave the way for present how individuals currently interact with their handhelds. But because of its metal casing, the price was a jump that was met with some speculation. Which is why for the iPhone 3G, Apple used a plastic body.

The plastic skeleton of the iPhone 3G made the unit more affordable, but - as the name suggests - it also introduced 3G connectivity, GPS and the opportunity to install third party applications. The iPhone 3G was aesthetically similar to its predecessor, as the tech giant then put its focus on improving the speed and power of the unit. The iPhone 3GS had a 3-megapixel camera that had a video feature. It was also the first iPhone to have voice control as well as a cut, copy and paste capacity.

The next major redesign was debuted in the iPhone 4, which had a combination of stainless steel and glass. It also introduced the world to a front-facing camera and FaceTime. Its successor, the iPhone 4S fixed the antenna issue by sporting a dual antenna design. Of course, it also featured a faster processor, better camera, and Siri assistance.

With the iPhone 5, Apple debuted a larger 4-inch screen, though it was the thinnest and lightest release at that point. The tech giant followed it up with the 5C and the 5S, the earlier of which was the budget iPhone that was available in non-traditional colors. Meanwhile, the 5S was the highest tier release.

Then came the iPhone 6 and the iPhone 6 Plus, which marked the first time that Apple released two variants of the same generation. With a 4.7 inch and a 5.5-inch option and a Retina HD display, Apple Pay features and optical image stabilization in the 8-megapixel camera, the company kept solidifying its name in the market.

Nevertheless, the iPhone 8 - the 10th anniversary iPhone - is expected to blow the market away yet again. Apple itself has not released anything official on the handheld, but MacWorld UK still points out some notable new features that may be present in the iPhone 8. This includes a new radical redesign in the form of a full glass OLED screen.

The publication also claims that the iPhone 8 might come with upgraded haptic feedback features and wireless charging. And like with each new generation, improved specs are expected as well, which is sure to make the device more powerful than ever before. The company's analyst, Kulbinder Garcha, has predicted that 250 million units of the iPhone 8 will be sold.

Apple and Microsoft have had a long-standing competition between them in terms of both products and services. And near the end of 2016, both companies released their best products to date: The 2016 MacBook Pro and the Surface Studio.