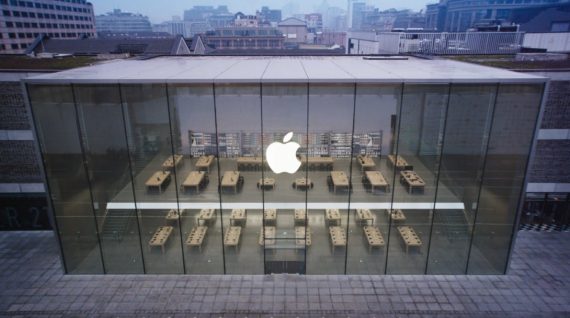 Apple filed a second lawsuit against Qualcomm which accused the company of failing to live up to its promise made to license standard essential patents. (Photo : Apple / YouTube Screenshot)

According to a new report later this morning, Apple has filed a second lawsuit against Qualcomm in Beijing, accusing that the chip supplier abused its clout in the chip industry and is seeking for 1 billion yuan or approximately $145.32 million, in damages, Beijing's Intellectual Property Court said in a statement on Wednesday.

Apple Inc. filed the first lawsuit against Qualcomm Inc. in Beijing. Based on the report, the tech company is accusing the chip supplier abused its clout in the chip industry and seeking a total of 1 billion yuan or $145.32 million in damages. Apple also filed the second lawsuit against Qualcomm which accused it of failing to live up to its promise to license the "standard essential patents" broadly and inexpensively.

In an emailed statement from Reuters, Qualcomm said it had not yet seen the full accusations against it filed in the Chinese court. But Don Rosenberg, the Executive Vice President and General Counsel of Qualcomm, said that Qualcomm had offered Apple the same terms as the other customers after a 2015 regulatory ruling in China and that his firm would defend its business model in Chinese courts.

"These filings by Apple’s Chinese subsidiary are just part of Apple’s efforts to find ways to pay less for Qualcomm's technology," Rosenberg said in the statement. "Apple was offered terms consistent with terms accepted by more than one hundred other Chinese companies and refused to even consider them."

According to Barron's, Qualcomm shares are up $1.33, or 2.4%, at $56.33. While Apple shares are up $1.73, or 1.4%, at $121.70. The filed lawsuits follow a decision by the U.S. Federal Trade Commission (FTC) to file a complaint on January 17 in which Apple accused Qualcomm of using anticompetitive tactics to maintain the monopoly of a key semiconductor used in mobile phones.

In addition to that, Apple followed with a related lawsuit last Friday. It requested a federal court in California for $1 billion in promised rebates and sued Qualcomm of overcharging for chips. However, Qualcomm did not release any immediate reply regarding this. The firm said previously that it would contest both the FTC and Apple lawsuit filed in the U.S.

As summarize by Patently Apple, the Apple and Qualcomm issue is like this:

January 17, 2017: The U.S. Fair Trade Commission Sues Qualcomm for Forcing Apple to use its Chips in iDevices

Qualcomm is a multinational semiconductor and telecommunications equipment company that is based in America. It designs and markets both wireless telecommunications products and services. The company derives most of its revenue from chipmaking and the bulk of its profit from patent licensing businesses.Its headquarters are located in many different places that include San Diego, California, United States and 224 worldwide more locations.

Qualcomm is a major supplier to both tech giants Apple Inc and Samsung Electronics Co Ltd for "modem" chips that connect phones to any wireless networks. The two big companies together accounted for 40 percent of Qualcomm's $23.5 billion in revenue in its most recent fiscal year.

How iPhone X’s Face ID Feature Works with ‘Most’ Sunglasses