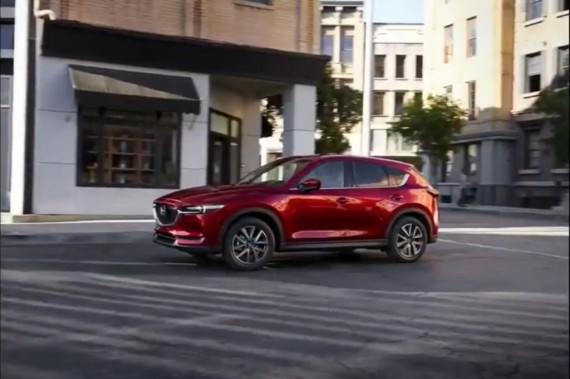 A seven-seat version of the 2017 Mazda CX-5 is reportedly coming to Japan followed by other markets. (Photo : nearSPort/YouTube)

The 2017 Mazda CX-5 is set to launch in about a couple of months and we are definitely more than excited about it. However, it appears that Mazda has not yet finished sweetening the pot for us. Apparently, a seven-seat version of the 2017 Mazda CX-5 is being planned by the Japanese automaker and if Japan should have them, so should we right?

Here's the deal, Mazda already has the CX-9 capable of providing comfortable seats for seven people but rumor has it that the Japanese automaker is planning to beef up the highly anticipated 2017 CX-5 to do the same. According to report, the 2017 Mazda CX-5 as it is can already be converted into a seven-seater crossover SUV since it has the same size as some of the current models seven-seater models. However, we should probably expect a drawback of it not being as roomy as it should be when it actually arrives.

Since Mazda is a Japanese automaker, it only makes sense that the seven-seater version of the 2017 CX-5 be launched in its domestic market first. According to report, the seven-seater version of the 2017 Mazda CX-5 is set to be delivered before the current calendar year ends. In addition, it will be equipped with the same powertrain as the original version including the 2.2-liter diesel engine that is set to arrive in the U.S. market this coming fall.

Surely, there are many of you out there that have reservations about the 2017 Mazda CX-5 getting a seven-seat version and that is totally understandable. Despite how some people consider the 2017 Mazda CX-5 being as big as the other seven-seat models in the market, the CX-5 is still considered to be quite small in the U.S., hence the reason it belongs to the crossover segment. Still, a seven-seater version of the 2017 Mazda CX-5 is definitely an interesting concept. It sparks curiosity over how the automaker will be able to add two more seats to upcoming 2017 Mazda CX-5.

The 2017 Nissan Titan failed to step up in the Insurance Institute for Highway Safety (IIHS) facilitated crash test.

The 2017 Chevrolet Bolt is certainly one electric vehicle worth taking into consideration.

2017 Mazda CX-9: Your Luxury SUV Without The Expensive Price Tag

The 2017 Mazda CX-9 basically says "I can give you luxury without making you pay so much".

The All-New Nissan Armada: Is It Really The Best SUV To Date?

The new, second-gen Nissan Armada finally arrives 12 years after the first one. But this time around, the new Armada has literally gone on Patrol which we get as the current Infiniti QX80 but have never been offered with Nissan badges.