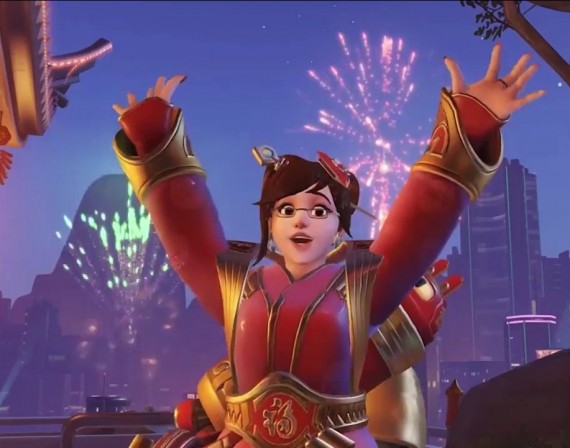 The latest Overwatch will encourage you to go into battle in the next few weeks. Blizzard has made a number of tweaks in the game to induce you to do that. (Photo : Game Spot Trailer/YouTube)

The latest trailer of Overwatch showing its upcoming seasonal event has recently been released online. It was a low resolution video showing the Year of the Rooster ad by the game developer. It appears that the teaser video was uploaded by a certain member of Weibo, a Chinese social network.

Year Of The Rooster Event Is Now Live

Fans of Overwatch have more reasons now to fight it out in the coming weeks since the much-awaited Year of the Rooster event has gone live. Together with this Seasonal Event, the game developer has tweaked some of the elements of the game. You might want to know what these new tweaks have to offer in terms of enhanced gameplay.

Although the teaser video is a bit grainy, you can still figure out the new updated costumes of the most popular Overwatch characters. For instance, Zenyatta, Winston, Reinhardt and Roadhog all look like they are characters from Journey to the West, a famous Chinese story. The cast of this story are all animals that are represented in the Chinese Zodiac.

An Overwatch Seasonal Event normally has some inclusions relating to the season. This is the same thing that the game developer has done with the Year of the Rooster event. You will have many sprays and skins available for your taking in the game's loot boxes. It will be good for you to play as much as you can now.

Gamers who have already seen the low-res trailer of Overwatch have noticed that it seems like it's in the Capture the Flag mode. This could mean that this mode is going to be included in the video game along with this seasonal event. Towards the end of the trailer, you can see Tracer guarding a flag.

You still have more than two weeks to go before this Overwatch Seasonal Event ends on Feb. 13. During this event, you will also be allowed to play Capture the Rooster. This particular game is the Capture the Flag version of Blizzard. It is not clear if after the Year of the Rooster event, you can still play this game.

Some Of The Tweaks Will Improve Players' Gaming Experience

Some of the Overwatch tweaks made by the game developer include the "Stay As Team" button. This button will light up each time a team member presses it. It will improve the team play because you will be able to see if the other players are willing to remain as your team members.

In the upcoming update, the cool down time will be shorter after every crouch. This is another wonderful tweak because it will allow you to crouch more frequently. In other words, your gameplay experience will be improved, thanks for this latest update.

The Trailer Suggested Jan. 31 As The Start Of The Seasonal Event

Going back to the trailer, it suggested Jan. 24 as the starting date of the Overwatch Seasonal Event. But the ad also hinted that local players will be given a discount starting on Jan. 31 lasting up to Feb. 6. For those who don't know it, Jan. 28 is the beginning of the Chinese New Year. Blizzard has previously announced that the kick-off of the Seasonal Event will be on Jan. 24 in the United States.

Game Freak is again mounting another global event for Pokemon Sun and Moon. The game developer must be hoping that trainers will be more supportive this time around.