Overwatch Review: Here Are Some Of The Reasons Why This Video Game Has Surpassed The 25 Million Player Milestone 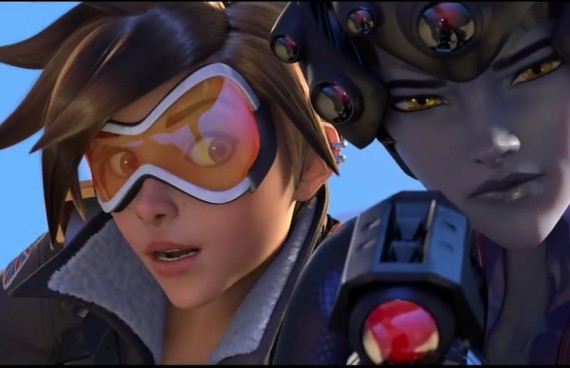 Overwatch has recently reached a milestone, according to Blizzard, its game developer. It appears that it has already reached its 25 million plus players. Why is this video game so popular? (Photo : PlayOverwatch/YouTube)

Blizzard recently announced on its Twitter page that Overwatch has breached the 25 million plus players mark. This awesome figure qualifies it for membership in that very elite club. It entered the 20 million mark last October 2016. And with this new figure, it is now the fastest video game of Blizzard that reached this milestone.

There are valid reasons for this amazing feat. Players all over the world must have seen many attractive features in this video game that inspired them to play it and perhaps encourage others to play it as well. We examined Overwatch and here are the things that we found out. What we have unraveled could be some of the most important reasons why more than 25 million gamers around the world enjoy playing this video game.

Unlike other titles that only release their DLCs if players pay the right fees, Overwatch does it for free. Blizzard has been consistently releasing updates of the game and never charges the players for it. Lately, the game developer released two new playable characters without charging the players anything.

These two are Sombra, the offensive hacker and Ana, the sniper-healer. Along with these two characters, Blizzard also conducts Seasonal Events regularly. These events are timed to real-world events. In December 2016, Overwatch launched its Winter Wonderland, a Christmas-themed event. Now, it is busy drumming up its Chinese New Year event in line with the Year of the Rooster.

When was the last time you really enjoyed playing a video game? Most of the current titles today either terrify you with ghostly and murderous characters and gameplay, or tighten your nerves because of their very fast-paced actions. But playing Overwatch will just give you plain fun. It is a first-person shooter that has an inviting and bright theme.

All the graphic elements of Overwatch have a bright outlook. Its animations, from the opening scenes, the loot box unlock and the Hero Gallery evoke the feeling of brightness and levity. You will get the feeling of fun as the characters upgrade their powers and deploy them with colorful fireworks display. Blizzard has been aiming at your sense of fun and enjoyment and they seem to be successful in doing it.

All The Characters In This Game Are Worth Playing

One of the things that Blizzard has done to Overwatch that makes it fun to play is the fact that all of its characters are worth playing. In other words, there are no "boring" characters in this video game. This is testimony to the hard work that Blizzard has undertaken to make it attractive to gamers.

You can easily control every character in this game and that is very essential in enhancing your gameplay experience. If you want to make an assault on your enemies and break down their defenses, you can spawn in using three heroes equipped with rocket launchers and wipe out your enemies easily. The controls of Overwatch are responsive and tactile. The same thing can be said if you are on the defensive end. Watch the video below to see why it has inspired more than 26 million people to spend time with it.

Overwatch Guide: Tips On How You Can Master D.Va

D. Va has some powerful abilities that you can use in overcoming your enemies in Overwatch. But you need to master them and this article will show you how.

With business comes the need to understand numbers. They’re the bread and butter of growing a successful company but for many the prospect of crunching numbers can be unnerving, to say the least. If you flunked math at school and the sight of a spreadsheet sends chills up your spine, don't worry! There’s a vast range of accounting tools that you can use to make mastering the figures as easy as pie. Continue reading to find out what steps you can take to get a better understanding of your business’ financial health.