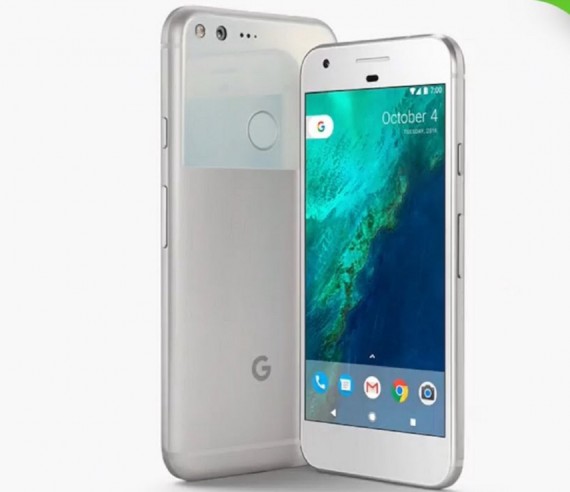 Although there are many spectacular features of the Google Pixel that can´t be used in any Android smartphone, there are others that can be found if you make your moves right. (Photo : Android Authority/YouTube)

The Google Pixel and Google Pixel XL gained so much popularity in 2016, that many customers still prefer these mobile devices in the detriment of many others flagships, like the Galaxy S7 or even the iPhone 7. Given the fact that this is a phone that has so spectacular features, here´s some tips and tricks so you can have some of these on your Android smartphone.

Have The Pixel´s Google Assistant On Your Android Smartphone

There´s no doubt that Google Assistant is one of the greatest features of the Google Pixel, to the point in which this is also one of the main reasons why this mobile device has been considered as the best smartphone of 2016, along with the Samsung Galaxy S7. Although this is something that almost every Android user want to have, the Google Assistant is a Pixel exclusive that you can´t get. However, there´s actually a way to do it.

Basically, what you have to do is to trick your Android smartphone into thinking it´s a Pixel XL, so it can get access to the Assistant at a system level. Nevertheless, considering that it requires a high technical level, the best thing you can do to get the Google Assistant is to install Google Allo, which is something that allows you to literally set up a separate chat stream with the assistant. The great detail about this move is that you will have an almost perfect representation of the Google Pixel in your Android smartphone.

Use The Fingerprint Button Scrolling Feature On Your Android Smartphone

Another outstanding detail of the Google Pixel was its fingerprint button scrolling feature, given the fact that this lets you scroll through screens jut by moving your fingers across the sensor located on the back of the mobile device. Definitely, this feature is so incredible that even other phones are trying to emulate it at the best way possible. In short, we´re talking about some kind of Holy Grail that you can actually have on your Android smartphone in the easiest way.

Believe it or not, the only thing you need for this is the Fingerprint Gestures, which can be easily installed in your mobile device in just a matter of minutes. Once you´ve done that, you will have to configure the button in order to work in a variety of ways, and that´s it, your Android smartphone will work with the fingerprint button scrolling feature.

Give Your Android Smartphone The Basic Look Of The Google Pixel

In order to make this happen, the first thing you have to do is to install Nova Launcher on your Android smartphone, and open the Nova settings app so you can configure it. To get the Google Pixel look for search bar, you just need to choose Desktop and then Search bar style. Once you´ve done that, you can stylize the interface of the Nova Launcher so it could copy the Pixel as closely as possible, which is something quite outstanding.

Another way is to install Action Launcher, which is actually easier than the previous. Once you´ve already installed it on your Android smartphone, just open the launcher´s Settings app, and tap "Looking for Pixel Launcher features" for further instructions, so you can give your mobile device almost an exact duplicate of the Google Pixel interface. Nevertheless, if you want to use this launcher, you will have to upgrade to the Pro version of the app.

The Xiaomi Mi 6 Will Have A Ceramic Body Version: A Money-Maker Design Or Just A Banality?

The Xiaomi Mi 6 promises to be one of the greatest mobile devices that will compete in Chinese market this year, to the point in which it could beat Huawei´s smartphones.

The Google Pixel 2 Has Been Finally Leaked: Could It Meet Expectations?

Although flagships as the Galaxy S8 or the iPhone 8 will already be in the market, the Google Pixel 2 might become one of the greatest mobile devices that customers would see this year.

The LG G6 represents the company´s intentions to increase its power and popularity among customers while the Nokia P1 promises to be one of the greatest mobile devices that we will see this year.