League Of Legends Review: Here Are The Top 4 Reasons Why You Should Play This Video Game 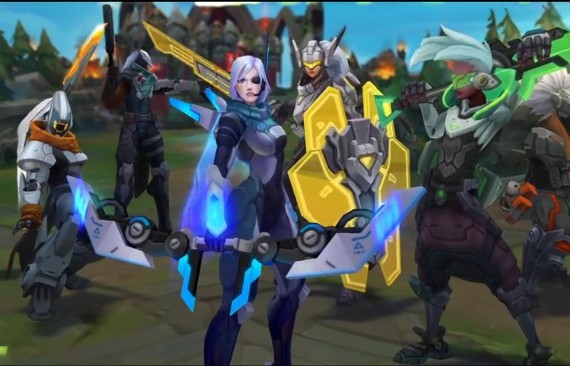 If you are new in video gaming, you should read this article. It will show you why League of Legends should be first on your list. Most gamers around the world are very familiar with this video game. It is one of the favorites in ESports today and its regular tournaments are broadcasted around the world.

It is right to refer to League of Legends as the most popular MOBA in the world because there are approximately 67 million people who play this game every month. On average, there would be around 30 million players spending their time on this game every day. Here are some of the reasons why these great numbers of people are hooked to LoL - and why you should be as well.

You Can Play League of Legends For Free

You don't need to pay anything to anyone if you want to play League of Legends because it is absolutely free. No one will be knocking on your door or ringing your bell with a bill just because you are constantly playing this video game. How can the game developer give this amazing video game without charging anything?

League of Legends gets its financial support from its involvement in ESports. It also earns its keep from its micro-transactions where gamers are invited to buy certain game-related items as well as special skins for their favorite game characters. And the beauty of this is: no other player is disadvantaged when you buy certain items from the game developer.

You can play League of Legends in different game modes including 3v3, 5v5 or All Random Characters in one lane or ARAM. The game developer also comes out regularly with special game modes. For instance, the game has a mode called HEXAKILL where each team will be given an additional member. ALL FOR ONE is another mode where the opposing teams play the same champion. In other words, you won't get bored playing the same game mode over and over again.

The Game Developer Always Comes Out With Fresh Updates

A video game will appear stale if its game elements are not regularly updated. League of Legends will never look stale because its game developer always rolls out new maps and updated visuals. In other words, you can expect the game to be changed and upgraded as long as fans are spending their time playing this game. In fact, the game developer always hosts Q&A sessions for the fans to give you a behind-the-look preview of the changes that you can expect.

The Game Is Constantly Evolving

Because of the game developer's commitment to change and upgrades, you can expect League of Legends to constantly evolve. There will be a continuous flow of new patches, new trinkets, new items, improved balance, new skins and new characters. So, if you are already tired of the skin of your favorite hero, just wait awhile and probably he or she will be provided with a new skin by the developer. The game also offers skin customization so you can dress up your character exactly the way you want to.

League of Legends Guide: How To Win This Game In 5 Easy Steps

Winning in League of Legends should not be difficult if you will just follow these basic tips.

Ace Combat 7: Skies Unknown is a new video game being developed by Bandai Namco. Players who want to experience the thrill of aerial combat will love this game.

It seems Riot finally wants to make use of a voice chat system in "League of Legends." Check out the full details here!

League Of Legends: Character Designer Shares Thoughts On Including An LGBT Champion

LGBT League of Legends fans might finally be getting their long-awaited representation in the MOBA.