Exactly How Many Nokia Smartphones Will Be Launched In The 2017 MWC? 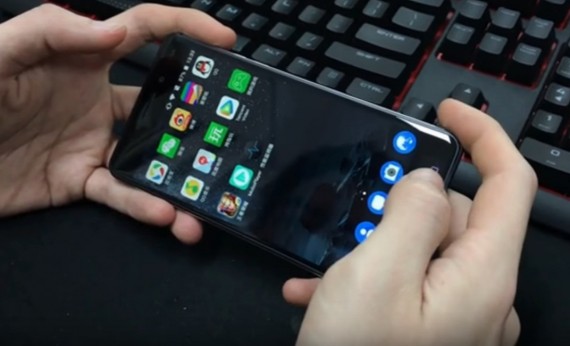 The Mobile World Congress trade show is coming and will be held on February 27 to March 2 in Barcelona. Based on reports, Nokia is said to launch 4 variants: 2 for the Nokia D1C phone and another 2 for the Nokia P1. (Photo : C L Gadget/YouTube)

The Mobile World Congress trade show event is almost coming, and just a few weeks from now, we will be seeing as to what high-end mobile devices will smartphone-making tech companies will show us with. However, amidst all the excitement and anticipation, there is one company that many tech enthusiasts are waiting for - that is the handsets that Nokia will be presenting in the MWC.

So, how many handsets will Nokia be likely presenting and what are its rumored specs and features? Well, according to sources, there are about 4 variants, but sadly there are only bits and pieces regarding these devices' information. Here are the devices:

For this model's expected price tag, it is said to be around $150. It will feature a 5-inch HD display and a screen resolution of 2k.

It will be running on Android Nougat and be powered by a Snapdragon 430 chipset. It GPU chip will be an Adreno 505.

And for its camera specs, there is only information regarding its rear camera. This device is said to feature a 13 MP camera.

For its retail price, it is reported to be around $200. This variant features a 5.5-inch HD display with 2k screen resolution.

Just like its twin, it will also be running on Android Nougat and be powered by Qualcomm's Snapdragon 430 chipset. Same goes as well with its GPU chip.

For its internal memory storage, reports suggest that it will have a storage capacity of 16 GB and 3 GB of RAM. Also, just like the previous model, only its rear camera information has been leaked. It is said to have a 16 MP rear camera.

For this device, there are no leaks as to what price range it may fall into. What we do know is that it will have an IP68 water and dust resistant feature.

There are also reports suggesting that both "standard" and "premium" version of the Nokia P1 will likely be VR ready, specifically Google's Daydream VR. But if you ask me, it is hard to tell with all the leaks and rumors circulating on the web.

It will feature a 5.2-inch QHD AMOLED display with a screen resolution of 2560 x 1440 pixels. This device will also run on Android Nougat but will be packed with a Snapdragon 835 chipset.

This device is also said to have an IP68 water and dust resistant feature. Just like its twin, there is no information regarding its price either.

This variant will feature a 5.5-inch QHD AMOLED display with a screen resolution of 2560 x 1440 pixels. It will also have Android Nougat for its Operating System and be packed with Qualcomm's Snapdragon 835 chipset.

Now, rumors are just rumors and most of the time they turn out to be false. However, there is one thing about the Nokia P1's specs that seems off to me.

To start off, LG settled on the Snapdragon 821 chipset for its LG G6 just to be able to launch it at the MWC. They intended to use a Snapdragon 835 chip at first, but that chip is still due on April and Samsung has dibs on those.

Now, my point is, there could be a chance that the Nokia P1 won't be having a Snapdragon 835 chip, but the Snapdragon 821 chipset instead. And if we think how Nokia dealt with the release of its Nokia 6 packing a Snapdragon 430 for its "first smartphone comeback" after being freed from Microsoft, it could be possible. But hey, this is based on my opinion and I could be wrong.

In an interview with TBreak, HTC President of Smartphones and Connected devices, Chialin Chang discusses as to why the long rumored HTC 11 won't be unveiled at the Mobile World Congress trade show next month in Barcelona.

Can The LG G6 Outshine The iPhone 7 Plus And Google Pixel?

The LG G6 is expected to be released next month at the Mobile World Congress trade show in Barcelona. It is expected to feature a new display technology called "QHD+" and other amazing features.