Pokemon Go Review: What Should Be Changed In This Game To Make It Better? 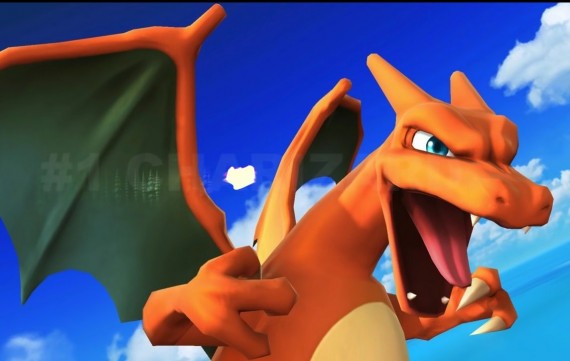 Pokemon GO is a wonderful video game, but that doesn’t mean it is already perfect. Here are some of the changes that trainers would like to be implemented to the game. (Photo : Cotton361/YouTube)

Pokemon GO has jacked up the value of Nintendo shares ever since it was released. The game developer is now worth about $11 billion. But this doesn't mean that the game is perfect. Many game analysts as well as fans see many elements of this mobile game that need improvement. This is only natural because the game is relatively new. Here is a wish list of the things that need to be changed in this game that will make it better.

The Game Should Have A Seamless Material Design UI

The present UI of Pokemon GO is a bit slow to scroll. It only has 15 fps for its maximum frame rate. So everything that you do will be sluggish. To think that this is a mobile game for people who are running around to catch cute little monsters. Niantic should up the frame rate at 60 fps with options for battery saving. A native Material Design should also be added to improve the low-res.

The tutorial provided by Niantic for Pokemon GO is woefully inadequate. There are many things you can do in the game that were not explained or even discussed in the tutorial. We need more guides and help to enable us to play the game to our hearts content. For instance, if you are tracking Pokemon, you won't find any directional indication. In addition, the game has many hidden tricks that gamers are raring to discover. Nintendo should provide this help.

More Locations Should Be Added For Dropping Off Pokemon

More dropping off points for Pokemon would really be a good improvement for Pokemon GO. The video game has so many features that can be adapted to the smartphone app that can make this possible. Pokemon training centers, day cares, contest halls and other locations can be used all over the world where trainers can drop off their Pokemon.

Nintendo Should Impose Stiffer Penalties For Trainers Who Cheat

Players who cheat in Pokemon GO have a great advantage over those who don't. Now that there are a lot of online cheat codes and mods developed by some people, players who don't know them or refuse to use them in the spirit of fairness are at a great disadvantage. Therefore, Nintendo should impose stiffer penalties to discourage easily-influenced trainers from cheating others. Gym battles should be played only by honest trainers and cheaters should not be allowed to participate.

Safety concerns are mostly related to children playing Pokemon GO. There are those who lure their victims and use this game so that they can rob, steal or do some nasty things to their victims. As it is, many children are allowed to play the game and head out into the world thinking that they are just playing an innocent game. For it to be that way, Nintendo must device a system by which parents can have the option on how they can manage the safety of their kids while playing the game. Watch the video below to see how important this point is.

There are certain things that must be improved in Pokemon GO, if it hopes to survive the very competitive mobile gaming arena in 2017.

‘Pokemon GO’ Holiday Event: Players Need To Do These Things Fast Before The Holiday Season Is Over

The Pokemon GO holiday event will only last until Jan. 3. Therefore, trainers should move and do certain things if they want to maximize their gaming experience.

Avid fans of Pokemon GO believe that there will be an upcoming update soon. They are expecting major changes in gym battles. But are they right?