'Sword Art Online' Season 3 Announced; Alicization Arc To Bring Kirito To The Most Realistic VR Yet 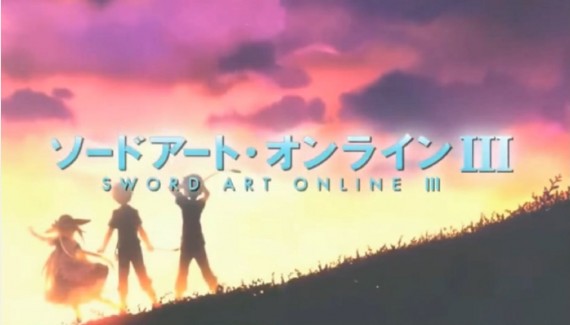 From Left: Alice, Eugeo and Kirito in the Underworld. (Photo : TheGalaxyGuy/YouTube)

It's lit! "Sword Art Online" season 3 was officially announced. The upcoming season focusing on the Alicization arc will feature Kirito on yet another virtual reality game plus new characters. Unfortunately for Kirito, he will be trapped alone in the Underworld under Project Alicization.

The upcoming season was first announced during the test screening of "Sword Art Online The Movie: Ordinal Scale," Comicbook reported. The said movie features an original story also written by original creator Kawahara Reiki, however, there are speculations that it will be connected to future story arcs.

Otaku Vines revealed that Kawahara has already finished the Alicization arc, hence there are enough materials for "Sword Art Online" season 3. Red flag of warning, readers! Next paragraphs will contain major spoilers for Alicization arc, especially to those who haven't read the light novels yet.

We are getting new characters for "Sword Art Online" season 3! After a deadly encounter with Kanamoto Atsushi (Johnny Black), the last member of the Death Gun, Kirito will be in a coma. The Japan Self-Defense Force (JSDF) would connect his body to a soul translator to treat his brain damage and he would wake up in a mysterious world called Underworld with his memory still intact.

This new VR world is so realistic that he would get doubts which is the real world -- the Underworld or the one in his memories. The AIs inside Underworld are much more human than ordinary AIs. It's like they have their own emotions. Aside from Kirito, there are two more main character in the Alicization arc, Eugeo and Alice.

Eugeo is the first person Kirito will meet in the Underworld. He is a kindhearted and considerate person from the Rulid Village. His childhood friend Alice, was apprehended by the Central Cathedral for breaking the Taboo Index. Deep inside, he wants to save Alice but uses his Sacred task as an excuse not to leave the village. After meeting Kirito, he decides to save Alice in the Central Cathedral by becoming an Integrity Knight.

Grown-up Alice would not be shown until the latter part of the arc but she is also one of the pivotal characters in the Alicization arc. She is described to have large, blue eyes and golden hair. As a child, she was very talented in Sacred Arts, she was also mischievous and adventurous. After breaking the Taboo Index during childhood, she was taken to the Central Cathedral, washed of memory to became an Integrity Knight.

Kirito would help Eugeo finish his Sacred Task -- a lifelong occupation assigned to a person in the Underworld. After which they would embark on a journey to become knights to save Alice. Of course, they would do well with Kirito using his impressive swordsmanship prowess. However, a stumble with some nobles would cause them to break the Taboo Index and the two are brought to the Central Cathedral -- well, that's some shortcut to saving Alice.

Flashback to childhood, it was revealed that Kirito is actually a childhood friend of Eugeo and Alice. What's more, Kirito is part of the reason why Alice broke the Taboo Index. Kirito had his first dive in the Underworld before, however, his memories about it were blocked and he was erased from the memory of those who knew him from the virtual world.

The Project Alicization in "Sword Art Online" season 3 was actually a top secret government project to create military AIs. However, even though the AIs obtained intellectual ability like that of human, war or even a single killing has never occurred because the AIs never broke laws. Kirito was hired by the government for a full-dive in the game. Time in the Underworld is a thousand times faster compared to the real world due to Fluctlight Acceleration so when Kirito came back, they are already in their teens.

"My Hero Academia" confirms season 2 will premiere in April. The sequel will start with the U.A. Sports Festival arc. Bakugo will be kidnapped by villains.

The world is gearing up for the premiere of "Sword Art Online The Movie: Ordinal Scale" with the release of a new English-subbed trailer and more updates to look forward to.

Bandai NamcoBandai Namco Entertainment America has just announced that "Accel World Vs. Sword Art Online" will be released in the west this summer as a new trailer has been released.

Bandai Namco Entertainment has just revealed that "Sword Art Online: Memory Defrag" and "One Piece: Thousand Storm" mobile games have been made available in North America as well in other countries.

"Sword Art Online: Ordinal Scale" is set to sail in Japan theaters early next year and news have been announced that it also be showing in the U.S. soon. Find out when and more details on the premiere and where to purchase tickets.