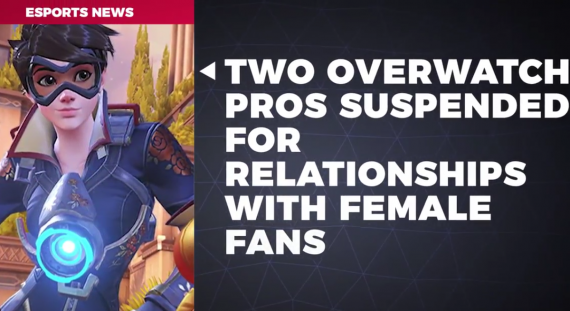 Eastern Culture: Is it Good or Bad for Esports? (Photo : PVP Live/Youtube)

It's an undeniable fact that the West and East both have a diverse set of cultures that can affect its people one way or another. The problem, however, is that some norms and traditions might actually, inadvertently, affect the progress of certain aspects of life - which in this case, professional Esport. Today, we're going to tackle how Eastern cultures indirectly affect its Esport scene.

One of the notable professional teams in Korea, Lunatic-Hai is facing a major setback after two of their core players, Leetaejun and Dean were involved in an ostensible scandal. Due to their members' impropriety, the organization officially banned the two from participating on the rest of OGN APEX Season 2. Lunatic-Hai just released a statement of apology which can be found here (original).

The reason? Well, According to a thread from the Overwatch subreddit, both of the players were allegedly found guilty of having multiple affairs with their female fans. The issue started as rumors and were quickly denied by both players but after a series of solid evidences appeared (pictures, Kakaotalk chats, Twitter chats, etc.), Leetaejun then shut down its stream and wrote a statement of apology along with Dean. The latter, however, still has its stream active and online.

How Eastern Culture Affects The Growth Of Its Esports

Albeit in a state of shock and apparent disappointment, some fans are quick to point-out that the adjudication was rather severe... or was it? The status quo of countries from the East is viewed to be highly conservative when compared to the West. In Korea, people venerate the stature of one's conservative image to the point that a simple action that can potentially mar one's reputation is highly forbidden. Some even say that contracts often forbid one to engage in direct contact with its opposite sex - in much rarer case, also forbids conspicuous dating.

These scandals, however, aren't new to the Korean scene as a few days ago, two players from LW Red, (Nanohana and Pine) were also involved in an alleged scandal after being accused of name-shaming a group of people in TF2. After the incident sparked online, their head coach, quickly suspended the two. The original story can be found here. (Korean)

The Korean website, Inven is now full of threads regarding the concurrent issues in Overwatch Korea and how the bans can be detrimental to the growth of their Esports. Instead of the bans, some argue that the organization should've just rendered them a penalty or fine instead of an outright ban. For those that didn't know, Lunatic-Hai is now competing in OGN Overwatch APEX Season 2 alongside prominent teams such as Team EnVyUs, Fnatic, Clou9 and much more. With the fix ban on their two core members (DPS and Support), Lunatic-Hai is clearly on the edge of their seats.

Eastern Culture: Is It Good or Bad?

While the double standards on the Eastern Culture specifically in Korea may be affecting the growth of their Esports, some reiterated that these actions only emphasized the idols' obligations of maintaining good examples to its fans. While the answer to the question above is rather subjective, it's quite clear that those that were involved in the recent incidents were greatly affected by the corresponding consequences.

Overwatch: Top 5 Facts You May Have Missed

Ironically, the most buffed hero has a reciprocal pick rate with the most nerfed hero.

Overwatch: Here's What To Expect On The Upcoming Year of the Rooster Event

Overwatch: Year of the Rooster Event may actually just be a content update.

Overwatch: Here's Why Pharah Is Back In The Competitive Scene

Overwatch: Jeff Kaplan Explains Why They Are Not Buffing Sombra And Why Console PTR Isn't Possible

Bad news for Sombra players and console users out there.

Overwatch: Top 5 Heroes That Need To Be Buffed In The Current Meta

Buffing these heroes will significantly make the meta a lot healthier and open for diverse strategies and competition.

Overwatch Update: D.Va Changes On PTR Set To Go Live Without Any Changes

"The game is a lot healthier when heroes have strengths and weaknesses versus other heroes."