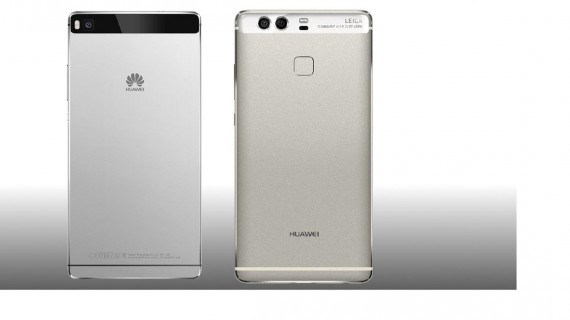 The Huawei P10 and P10 Plus would definitely be two of the most incredible mobile devices that will be released this year, to the point in which this series could compete against the iPhone 8. (Photo : technology news/YouTube)

Among the many devices expected for release in the coming months, the Huawei P10 and P10 Plus are probably two of the most anticipated, since both smartphones promise to be the greatest products ever released by the Chinese giant, considering that these would be the flagships that will have the mission of conquering the American market. Fortunately, after having a lot of time without receiving important information about these mobile devices, three leaked renders of the front and the back of the phone have just arrived, and what it shows is quite an outstanding surprise.

The Huawei P10 And P10 Plus Would Be Quite Similar

According to what these renders suggest, there´s a curved-screen variant in the Huawei P10, which means that the Leica-lensed rear dual cameras would return to this mobile device, while a fingerprint scanner will be positioned on the front of this smartphone. Naturally, this is something that might end the speculation that suggested that only the P10 Plus would get the curved screen, and would mean that the Chinese company is repeating the same strategy that South Korean giant Samsung made with the Galaxy S series.

Also, if the renders are to be believed, this would be something that could definitely blow customers´ mind, considering that these type of cameras are quite popular, and the fingerprint scanner was something that everyone wanted in these flagships. However, what remains unknown is whether both phones will sport the fingerprint scanner on the front or just the Huawei P10, but in any case, this particular detail will be known at the Mobile World Congress in late February.

The Huawei P10 Could Also Wear An Iris Scanner

Another incredible thing showed at the render was that the P10 Plus has an extra sensor located beside the front-facing camera, which many believes it could be an iris scanner, just as the Galaxy Note 7 had. Of course, this might be something that would turn this mobile device into something out of this world, but what remains unknown is whether the Huawei P10 would also have it, which seem quite possible considering the similarities with these mobile devices. Nevertheless, is believed that this would be exclusive to the P10 Plus, considering that this would be an upgraded version.

In any case, it´s known that the Huawei P10 and P10 Plus will have the Android 7.0 Nougat operating system, which is probably the only disappointing detail about this flagship series, considering that the latest version will be sported by other mobile devices this year. Also, the Huawei P10 and P10 Plus are expected to come in Silver, Gold, Black, Pink, and Yellow color variants.

How Much Is Snapchat Really Worth?

Snapchat is probably the most important form of social media among millennials.

The iPhone 8 is expected to be one of the most incredible mobile devices ever made, because of a series of specs and features that will turn this smartphone into something out of this world.