Depression Could Affect Your Heart Just As Much As Bad Cholesterol 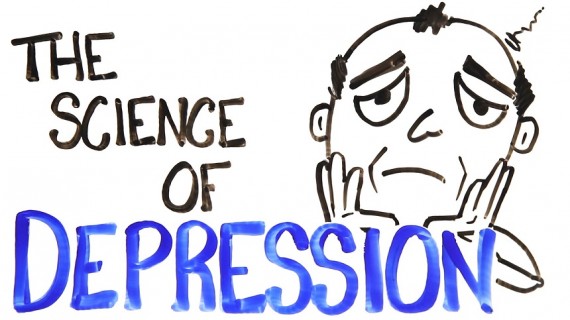 It's often said that depression results from a chemical imbalance, but that figure of speech doesn't capture how complex the disease is. Research suggests that depression doesn't spring from simply having too much or too little of certain brain chemicals. (Photo : AsapSCIENCE / Youtube)

Even if normal numbers in your cholesterol look great and you're at a healthy weight margin, you might still be at risk of heart disease. That's because depression lays just as much of a risk as obesity and high cholesterol levels do, this is according to a new study published in the journal Atherosclerosis.

German researchers analyzed a data on 3,500 men between the ages of 45 and 74 over a 10-year period, that focus on risk factors of heart disease that included depression, high cholesterol levels, obesity, high blood pressure, smoking, and diabetes.

High Or Not, Cholesterol Can Still Affects Heart Disease

It turns out that mental health is also important like physical health. Depression accounts for about 15 percent of cardiovascular deaths, and putting it squarely in the list of other risk factors, at par with high cholesterol. As obesity and diabetes each accounted for below 10 percent, whereas smoking came in around 17 percent. High blood pressure was the prime danger at 30 percent that affects 9 out of 10 individuals around the world.

Although the study shows between correlation, rather than causality - meaning, they can't say for sure whether depression could be a prime suspect and in-charge of heart issues - the study's lead author, Karl-Heinz Ladwig, said in a press conference that there is little of a doubt that depression is one of the risk factors for cardiovascular diseases among men.

According to the American Heart Association (AHA), those individuals who are depressed may make poorer health or lifestyle choices in terms of nutrition and exercise, but the studies consider another factor - there are physiological dangers. The AHA notes that depression can cause cortisol to hit skyrocket levels, a hormone related to stress, which has been shown to have negative impact to the cardiovascular system and also the immune system.

As the study proceeds, the issue at hand is to bring out the link between multiple risk factors and actual heart risk problems, Ladwig adds. For the fact, guy's heart disease risk spikes if he has depression as they analyzed the data and also individuals who smoke or has high blood pressure.

While that's being studied, those who have one of the six major risk factors acknowledged by the study should consider consulting their doctor about heart disease, to follow any preventive strategies that could be helpful for long-term health immunity.

Previously collected researches have also shown that this connotation is likely a parallel street: Just as depression can lead to heart disease, anguish from a serious heart problem can also lead to depression. And in turn, depression can then weaken recovery.

Magic Mushrooms Can Manage Anxiety And Depression In Cancer Patients; According To Research

For more than 40 years, psilocybin has been considered illegal in the United states. An ongoing study, however investigates on the drug’s potential benefit in reducing anxiety and depression in cancer patients.

Physical activity can lessen symptoms depression has been researched and it was revealed that children who are more physically active have less chance of developing depression.

Essential oils can help in augmenting treatment for anxiety and depression. The aroma from the oils can calm and have a soothing effect on people. Administering aromatherapy in conjunction with other conventional treatment may help patients feel better.

Poor Diet Leading Cause For Heart Disease And Stroke Deaths

Poor diet has been known to lead to more diseaes over time. A poor diet is the leading cause for health disease and stroke deaths.

Too Much Bacon, Soda and Too Little Nuts Linked To Highest Deaths in the US

A new study published in the Journal of the American Medical Association reveals that many Americans die annually from consuming too much bacon and soda and too little nuts and seeds. The study cited a 2012 government report that revealed about 700,000 people died that year from complications resulting from unhealthy eating habits. A combined list of 10 unhealthy ingredients was found to contribute to nearly 45% of these deaths.

Researchers are calling a healthy fasting diet a miracle due to its amazing capability of lowering major chronic diseases including cancer and diabetes. A specifically designed diet that mimics fasting could be the answer to all our health problems.