Nintendo Switch Production Increased As Wii U Officially Ends Up 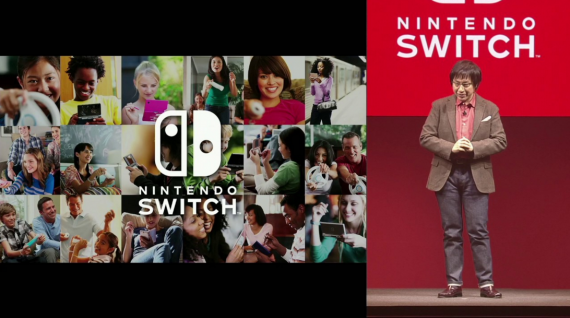 A report claimed that Nintendo was planning to stop the production of its Wii U. The company is trying to move on from its failure by focusing on making the most anticipated Switch. (Photo : Nintendo/YouTube)

Before the end of last year, reports claimed that Nintendo was planning to stop the whole production of the Wii U, which gave the company a complete failure on its sales statistics. Nintendo then denied the claimed reports, but only a week after, the Nintendo Wii U was labeled with "production is scheduled to end soon within Japan" on the company's official website. It looks like Nintendo has finally shut down Wii U for the company to just focus on making the Nintendo Switch a success.

In Nintendo's official website, the two remaining units of the Wii U console have been tagged to have ended its production within Japan. According to TechTimes, the term "within Japan" could confuse all the consumers into thinking that outside of the country, production for the Nintendo Wii U is still ongoing. However, it is not the case, because Nintendo of America said on reports last year that the Wii U units that will be made available in the North America were already shipped to its retail partners.

The updated status for the Nintendo Wii U means that there will be no more units of the game console that will be produced for any market around the world. This was already confirmed by a Nintendo spokesperson, who said that production for the console has ended globally and supported by claiming that The Legend of Zelda: Breath of the Wild will be the last game for the Wii U. It was also claimed that the end of production for the Wii U means that Nintendo will focus on the productions of the Nintendo Switch.

Nintendo's President Tatsumi Kimishima said that the company will be increasing the production for the Nintendo Switch since the preorder status of the hybrid console said to be "so far good." The preorders for the Switch has been instantly sold out at most retailers since a week or so after it was officially available. That is across GameStop and other retails store in the United States. This situation causes every gamer to become concerned that Nintendo Switch will suffer from the same supply shortage that has troubled the NES Classic Edition.

As reported by Forbes, the new Nintendo Switch units would ensure an even stronger launch for the game console. It would help make Reggie Fils-Aime’s promise that the Switch would not suffer from shortage supply like what NES Classic Edition experienced. The launch of the Nintendo Switch is a unique experiment strategy in the sense that it is not debuting during the holiday season.

By launching the Switch in March, Nintendo will not be competing with other consoles such as the Xbox Scorpio, which will be due out this holiday, or PlayStation or even an iPad for the Christmas season. The company has the window of time all to themselves. But not only that, by the time the holiday does roll around, if Nintendo can stick to their proposed release schedule, they arrive with a pretty robust selection of the games from The Legend of Zelda to Splatoon 2 to Mario Odyssey to Xenoblade.

Nintendo has recently detailed its financial report for the past 9 months that ended last December 2016. According to the result, Nintendo 3DS sales increase and hit a large growth, while Wii U struggles.