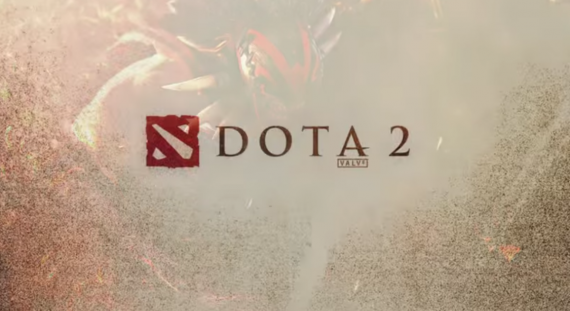 Here are the Do's and Dont's of Dota 2. Learn how you can effectively raise your MMR to your desired level. (Photo : zabzaa channel/Youtube)

In the world of Dota, a player's skill is usually attributed with his or her corresponding MMR. The higher the person's MMR is, the higher his stature within the community becomes. This is the reality that most virtual players face in most competitive games. And so, one of the most sought-after aspect of Dota is high MMR - but some players, albeit having had poured a thousand of hours playing the title, never reached their desired MMR. Why? Well, it's primarily because they're doing the same thing over and over again. In short, they're moving in circles and this pattern is never progressive - unless you're a wheel. And so how do you improve your MMR in Dota? Well, here are the broad basics of do's and don'ts to improve your chances of winning and hopefully increase your overall Matchmaking rating.

Dota 2 Guide: The Dos in Dota

Watching YOUR replays - One of the things that average players miss is that, they do not watch their own replays. Unlike professional and top tiered players, casual players usually do not watch and critique their own games. Watching your own replays drastically improve your game sense as well as letting you determine the precise weaknesses and strengths of your gameplay.

Communication - One of the concurrent issues in competitive games, not just in Dota is the lack of communication amongst teammates. Often times, people use demeaning words instead of spreading positive vibes to the entire team. Remember, the more motivated your teammates are, the most likely you're going to win the match.

Diversify - One of the problems attributed to low MMR is the limited hero pools that players are capable of. The best way to improve your chances in winning the match is to be capable of playing myriad of heroes and on different roles. Being able to play all the roles in the game enables the player to be more versatile and ironically, more consistent.

Playing the "meta" Heroes - As stated by TZJinzo, knowing the meta heroes of a specific patch gives one the edge over the others since every patch entails new types of strategies. Knowing how the meta works and the heroes that are strong in the specific update will significantly improve your winning percentage. To know the current trending heroes, simply go to Dotabuff and see what professional or top tiered players usually play in the given patch.

Dota 2 Guide: The Don'ts in Dota

Don't Pretend That You're Pro -  Let's be honest, we're likely to emulate what pros are doing in a pro-scene. This simply doesn't work in casual pub games since competitive players get all of their much needed support from their team - which is less likely to happen in a non-coordinated public match. Moreover, items vary from one game to another. Although there are "standard" items for a given hero, there exist some items called "situational" items which can be more useful during certain situations.

Don't Practice New Heroes In Ranked Games - When you're about to practice new heroes to improve your hero pool, it's highly suggested that you should queue in Normal games to avoid losing your MMR as well as getting hate-shamed by everyone in the entire match. Save yourself from getting unnecessary stress and practice your new heroes without risking your MMR entirely.

Do Not Spread Negativity - Oftentimes, Dota 2 players encounter toxic and salty players during one of their solo queues. It's given considering that some might have had a rough game previously or simply had a rough day entirely. But if you're one of those people that are having a bad day, it's okay to play Dota to relieve stress but do not use the game to vent out your problems. Being negative to your team and even to your opponents disrupt the focus of everyone. And since you're less likely to focus while doing your business, your team is already playing with a handicap for that matter. Bottom line, do not be a toxic player.

Dota 2: New Skewer Bug Teleports Magnus And All Dragged Enemies Back To Fountain

Be wary when exploiting this bug as it may lead to a temporary ban on your account.

LGD.Ruru Scandal has now grown to the extent that it is now affecting Dota 2's platform, Steam and its lead designer, Icefrog. Here's the full story regarding the issue that is now affecting the whole community.

Dota 2: For The First Time Since Its Release, Techies Now Has >50% Win Rate; Here’s Why

Techies is now the best counter for popular heroes such as Riki, Morph and Weaver! So if you want to rise up in rank then you may want to pick this amazing little bomber!

Dota 2 News: Get To Know The New Na’Vi Roster

Will the new Na'Vi squad shine in the new era of Dota 2?

Dota 2 Tips and Tricks: How To Easily Get Moonshard For Free As Arc Warden

Check out this game-changing bug from Arc Warden that gives the hero basically free Moonshard!

Alliance Is Back! The Swedish Giant Is The Winner Of WellPlay 6

A decisive 3-1 victory against Team Empire, who had previously beaten Team Liquid, definitely bolstered the Swedes' confidence. Will this be the comeback of the TI3 champions?

At first you think that Monkey King will dominate the current meta but deep within the cover of the woords, one hero was buffed that will soon change the future meta. Is this the rise of the deathball meta?

Will the new team see stellar results in the upcoming Kiev Major?