Star Wars: Force Arena Latest Balance Patch Revealed; Including All The Big Changes That Will Excite You 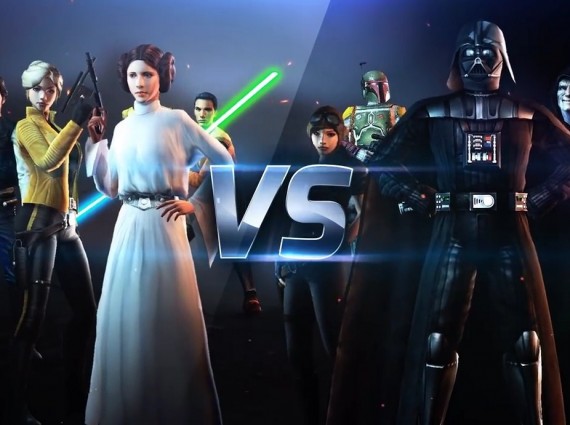 Star Wars: Force Arena has received the latest balance patch update. There were big changes made on some characters and tweaks on unique cards. (Photo : Netmarble Global/YouTube)

Game developer Netmarble Games recently revealed the details of the new balance patch of Star Wars: Force Arena. It seems that there are big changes in the latest update that fans should know. There were changes made on some of the characters and tweaks were also made on some unique cards.

Big Changes Were Made On Luke Skywalker

Luke's shows his recklessness by being too fast. But the game shows him rushing into everything yet is able to escape without much difficulty. Netmarble deemed it fit to tweak Luke's abilities in Star Wars: Force Arena. With the changes made, enemies will still fear him, but the changes will make his abilities more manageable. Luke's HP was decreased from 1302 to 1250 and his dash speed was slowed down by 20 percent.

We all know the mind tricks that Ben Kenobi plays on whoever he wants to control. This ability of Ben is a skill that is really strong and that it is regarded as a game changer. The game developer has modified Ben's mind tricks since they found out that the resulting energy swing is far too much for his enemies. So, they decreased his mind trick skills by 20 percent.

The Power Of Boba Fett Was Increased

When it comes to strategizing in the battlefield, there is no equal to Boba Fett especially when he is riding a Jet Pack. He practically ignores the terrain. But his attack stat in Star Wars: Force Arena does not match the difficulty in using his ability safely. So, the game developers have slightly jacked up his Attack Power from 68 to 71. This will help him inflict more damage in the battlefield.

The unique skill of IG-88 has a large AOE (area of effect). IG-88 is dominant in the battlefield especially if combined with Bossk. But compared to other unique cards, the developers considered IG-88 to be too effective especially in higher levels of play. So, they reduced his Skill Attack Power from 150 percent to 125 percent. They also increased his Attack Power to Leader/Squad from 144 to 152 and his Attack Power to Building from 73 to 76.

Governor Pryce, Another Unique Card, Was Tweaked As Well

Governor Pryce is not popular among gamers as Grand Admiral Thrawn in Star Wars: Force Arena. It's hard to find space for him in a card deck and also difficult to use. So, the developers wanted him to be more effective and useful by reducing her cost. Her Required Energy cost is toned down from 5 to 3 and her Skill Cool Down was increased from 10 sec to 12 sec.

Netmarble Games saw the need to balance some elements of the gameplay of Star Wars: Force Arena to make it more exciting to play. In this latest balance update, they looked deeper into the reasons why they need to make these changes. They also saw the need to buff some cards and also the need to tone down certain cards as well. As the balance update has gone live, it is now available on iOS and Android.

The CEO of Electronic Arts has announced that the Star Wars Battlefront Update will be bigger than the original game. It will also offer better contents.

Star Wars: Battlefront Guide: Tricks That Will Help You Win In This Video Game

Winning in a complex video game like Star Wars: Battlefront will require good strategies. This article will give you some strategies that can help you win in this game.

Star Wars: Force Arena Guide: Here Are The Best Darkside Leaders That You Must Prepare For In Battle

If you’re on the Ligthside in Star Wars: Force Arena, you need to know the nastiest enemies that you will encounter in order to win a match in this video game.

Lucasfilm Ltd. has announced that Phil Lord and Christopher Miller have left the production of the untitled Han Solo film.

Mercedes-Benz let out a great surprise when it debuted its limited CLA 180 Star Wars Edition for Japan, which is reportedly better than Nissan Rogue.