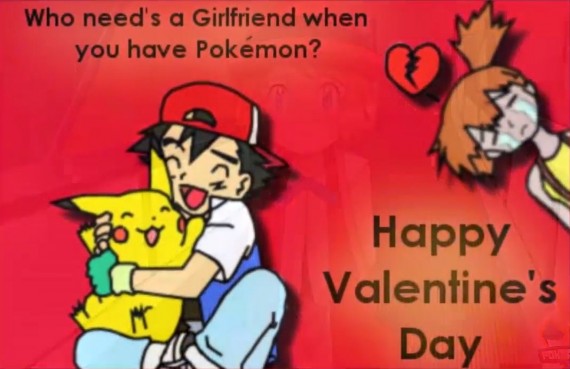 Many trainers are hoping that there will be a Pokemon GO Valentine’s Day event. They are seeing some signs that Niantic is going to hold this event. Cross your fingers everyone. (Photo : FAM BAM Animation/YouTube)

There are rumors that there will be a Pokemon GO Valentine's Day event being cooked up by Niantic. It's already the "Month of Hearts" and it is just proper for the game developer to conduct such an event. However, there is no confirmation yet from the company if this event is really happening.

Rumors Are Going Around About A Pokemon GO Valentine's Day Event

If you will look at these rumors based on what Niantic has done in recent past, you would really expect that a Pokemon GO Valentine's Day event is in the offing. The game developer has recently held promotional events that are timed with whatever events the world is celebrating. They are holding such events to sustain the interest of the fans to the game app.

Therefore, a lot of people have assumed that Niantic won't pass up this month without holding a Pokemon GO Valentine's Day event. And what is the best reason for them to hold such kind of promotion? It is the best time to breed Pokemon because this month is supposedly the month of love.

The love month is obviously the best time for breeding Pokemon because of the obvious connotation. Therefore, fans are really hoping that Pokemon GO will create something that will help them make this month really special. In fact, some believe that breeding is the most requested feature of the game app in this season.

They based their assumption on a number of datamine leaks that detailed certain codes that seem to support the coming of various Pokemon genders. So, people are guessing that Niantic may hold the Pokemon GO Valentine's Day event in keeping with its tradition of taking advantage of whatever season we are in.

Some Have Been Guessing About This For Weeks

The folks at Silph Road have been speculating about Pokemon breeding for several weeks now. This is just what we can make out considering that Niantic has already given us a male and female Nidoran. But Niantic wasn't satisfied with that. It raised the bar a little higher by giving us female Pikachu and Raichu and released them into the wild, quietly at that.

In reality, you can't really tell the difference between a female Pikachu from a male one, if you just base it upon cursory visual appearance. It's in their tails, man, their tails. Female and male they are, that's for sure. But curiously enough, as quietly as they appeared, Niantic also silently removed the female Pokemon. Why?

Maybe Niantic Has Already Been Preparing For This Event

Is the game developer preparing to release them again at some point during this month of romance? Your guess is as good as mine because we are still waiting for a clear announcement from Niantic if there will really be a Pokemon GO Valentine's Day event. But being the love month, it is really the best time to hold such an event.

So, based on all these safe presumptions, we can safely guess that Niantic will provide us with some sort of a Pokemon romance month. A Pokemon GO Valentine's Day event is the best time to release all the female Pokemon that were quietly removed, and more, so that trainers can breed them. Maybe that's already in the plans of Niantic. It is just mum over the matter to keep us salivating.

Pokemon Go Review: What Should Be Changed In This Game To Make It Better?

Pokemon GO is a wonderful video game, but that doesn’t mean it is already perfect. Here are some of the changes that trainers would like to be implemented to the game.

There are those who believe Nintendo has kept some secrets about Pokemon GO from its fans. Why? Here are some of the secrets and the keys to unlock them.

Trainers can unlock a special cutscene in Pokemon Sun and Moon by following certain steps. Here is the sequence of the trick.