Watch The Super Bowl Using Your Apple Device, Here's How 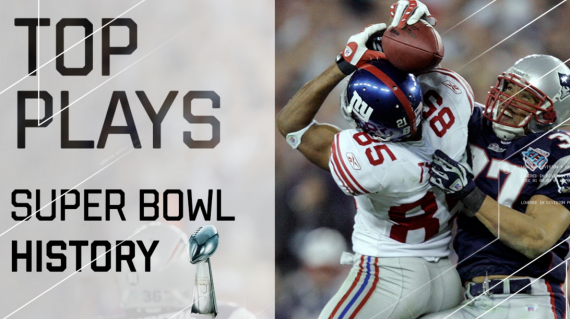 Watch the Super Bowl LI using your Apple devices such as iPhone, iPad, Mac or Apple TV. You just have to download some apps such as FOX Sports GO, NFL and Sling TV. (Photo : NFL/YouTube)

You are a fan of the Super Bowl but you cannot watch it live because of some reasons. Don't worry, now it is possible for you to watch the Super Bowl LI live using any of your Apple devices and we are going to celebrate one of the biggest U.S. traditions of the year together. Be ready to see this year’s game and sees the New England Patriots take on the Atlanta Falcons in Houston, TX.

Just like last year’s CBS stream, game watchers won’t need a cable subscription to take advantage of watching the Super Bowl live. All you’ll need to do is download the Fox Sports Go app from the App Store of your device or head to FoxSportsGo.com. This is a very nice option since this the app as well as the streaming itself, is absolutely free. The coverage can be watched through the app which is an exclusive Field Pass stream and also, Spanish-language feed are available.

However, Fox Sports Go will not allow users of iPhone or any Android devices to watch the Super Bowl live. But of course, there is a reason behind this. First, blocking Apple iPhone streaming will reduce the impact on its servers, making the live video more stable on iPad, Mac and Apple TV. Second, live streaming on iPhones devices is will not be supported because of the NFL licensing restrictions to the mobile app.

According to TouchArcade, if you are a Verizon subscriber, you easily watch the Super Bowl LI on your Apple iPhone just by using the official NFL app. Many rumors are suggesting that perhaps someday, this deal will expire and the NFL app will allow phone streaming for everyone. For iPhone users that are subscribed on other carriers, there are a few other restrictions.

All the subscribers of the DirecTV Now can stream live the Super Bowl LI if they live in the considered areas. These places are Atlanta, Austin, Charlotte, Dallas-Ft. Worth, Detroit, Gainesville, L.A., Minneapolis, New York, Orlando, Philadelphia, Phoenix, San Francisco, Tampa and Washington, D.C. If your place is not mentioned, you better find a great spot wherein you can have a live stream of the Super Bowl game.

In additional, Sling TV’s Blue package and live in one of the just designated cities. If you are located in Atlanta, Austin, Charlotte, Chicago, Dallas-Ft. Worth, Detroit, Gainesville, Houston, Los Angeles, Minneapolis, New York, Orlando, Philadelphia, Phoenix, San Francisco, Tampa or Washington, D.C., then you are lucky enough to live stream the Super Bowl LI. If for some reason you won’t be able to watch the Super Bowl LI live, you’ll be able to stream it after the fact with NFL Game Pass, with the recording going live at midnight.

Another Great Option To Watch The Super Bowl LI

Last but definitely not the least, another option for cord cutters is to invest in an over-the-air antenna to watch Super Bowl LI live. Many solid options are available, though the best and the most popular choice seems to be this one, which can be delivered as soon as tomorrow via Amazon. You can also go to any physical store that offers antenna for you to put it on your TV and enjoy watching the Super Bowl with your friends and loved ones.

Nintendo's president Tatsumi Kimishima has announced and explained that the company will add VR support to its upcoming Switch console if it can resolve issues of comfort over long periods of use.

Nintendo is thinking of arranging its 2017 software lineup, especially on the Nintendo Switch, to prevent people criticizing its product as weak. The company is also planning to have new titles regularly without long gaps.

Watch The First Ever Nintendo Switch Commercial During The Super Bowl

The first ever Nintendo’s Super Bowl Switch commercial shows the many ways you can play Zelda, Street Fighter as well as Splatoon. This is Nintendo's marketing push for its forthcoming Switch console.

The partnership between Apple and Virgin Mobile USA allows the service provider to become the newest carrier to sell its service in Apple’s stores and makes it the first iPhone-only carrier in the United States.

At its recent WWDC conference, Apple announced a new 10.5in iPad Pro, complete with new features and a revamped screen, making it undoubtedly one of the most powerful tablets.