Xiaomi Redmi Note 4 Goes Out-Of-Stock, Where To Buy One? 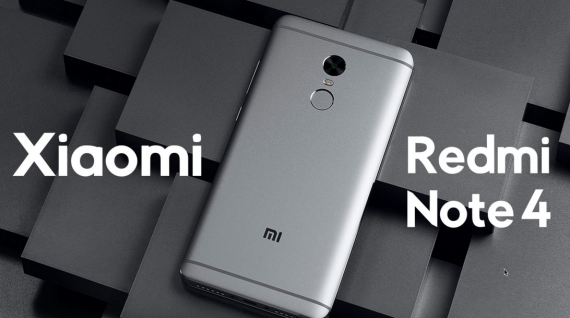 Xiaomi is one of the well-known Chinese smartphone makers in the whole world. Just recently, Xiaomi's Redmi Note 4 went on sale last Friday via Mi.com at exactly 12:00 PM. Surprisingly, just within few moments, all units of the smartphone device has gone out-of-stock.

According to The Economic Times, Xiaomi targets to become the country’s biggest smartphone firm within the range of five years. As reported, the Chinese smartphone maker doubled its sales in India last year to surpass the $1 billion target or approximately 6,700 crore in revenues. “I would want Xiaomi to become number one in overall smartphone sales volume perspective in India in 3-5 years,” said Xiaomi India head Manu Jain in an interview.

Currently, Xiaomi has a manufacturing plant along with Foxconn Technology Group at Sri City in Andhra Pradesh. “We are looking to open one or two new factories with similar capacities to double or triple our capacities either at Sri City itself or elsewhere in the country with Foxconn,” Jain said. The Xiaomi Redmi Note 3 has become one of the best-selling smartphones online in the country with a total of 3.6 million units sold in just 10 months. And now, Xiaomi Redmi Note 4 is taking its time to shine.

Xiaomi has revealed the Redmi Note 4 this year with variants of Gold, Grey and Silver color. The new Matte Black color variant for the smartphone is said to come very soon. The Redmi Note 4 model was launched in China back in August 2016 and according to The TeCake, Xiaomi device went on its first-ever sale on Friday via Mi.com at 12:00 pm. Just a few moments later, all the units of the handset have gone out-of-stock, as reported by the online store.

The unique selling point of the Xiaomi Redmi Note 4 is its metal build case with deca-core system-on-a-chip (SoC), though the company has also started another variant in the country. It bears a fingerprint scanner on the rear panel. The Indian version is also expected to be in the designs. Aside from that, the Xiaomi Redmi Note 4 has also acquired a 13-megapixel rear camera with phase detection autofocus (PDAF), a f/2.0 aperture and dual-tone LED flash.

Where To Buy Xiaomi Redmi Note 4?

As far as statistics is a concern, Xiaomi is not yet unveiling all the units according to their target sales. Therefore, there is still a big possibility that the Xiaomi Redmi Note 4 will be on sale again in Mi.com. We just have to be patient for its release and let's wait for the upcoming announcement regarding the restocking of the smartphone units.

Samsung's executive team has already confirmed that the Galaxy S8 will not launch at MWC 2017 instead the company will release two different Galaxy S8 phones during the first half of the year.

Instagram now allows brands, businesses, companies, etc. to pay for advertisements within the app. And because of this, it’s a great platform for a firm to advertise on if they want to gain exposure.

Apple Is Preparing For The Launch Of iPhone X, Not iPhone 8

Apple will launch a new iPhone which will be named as "iPhone X" and not "iPhone 8." Rumors claim that Apple iPhone X may turn out to be different than what it is expected to be.

Hello Games has recently brought a new addition to the game by including mechs in their free update of No Man's Sky!