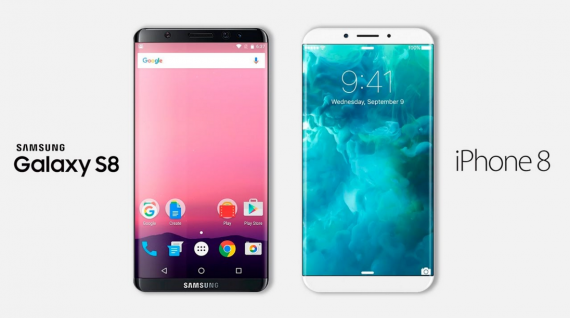 Samsung's executive team has already confirmed that the Galaxy S8 will not launch at MWC 2017 instead the company will release two different Galaxy S8 phones during the first half of the year. (Photo : Everything iPhone/YouTube)

This year, Samsung is said to release two different Galaxy S8 smartphones during the first half of the year. When September comes, Apple will release its new flagship which is the iPhone 8. And alongside with that is the rumored refreshed iPhone 7s and iPhone 7s Plus smartphones.

None of the said devices are official yet, but we already know almost everything about it, thanks to leaks and reports from solid sources. And now, a new rumor suggests that exciting features of the Samsung Galaxy S8 will be missing from the Apple iPhone 8. Here are some of them.

According to iDigital Times, Samsung Galaxy S8 may release in 4GB RAM with 64GB storage and 6GB RAM with 128GB storage models. Samsung is also expected to feature the latest Qualcomm Snapdragon 835 chip, 5.8-inch, and 6.2-inch displays as well as 3,250mAh and 3,750mAh battery capacities. It also suggested that the prices for the smartphone models will range from $885 to $990.

Samsung also added some new and unique details, like the one which will dock the Galaxy S8 to gain a desktop mode. This feature allows the smartphone to present an Android desktop experience through the use of a computer. A desktop is used to activate this mode and it can be connected to a monitor, keyboard, and other accessories called DeX.

According to BGR, iris scanner could soon be integrated with much more functions on Samsung smartphones such as the mobile payment authentication. The upcoming Samsung Galaxy S8 will feature the iris scanners which will be placed on the front face of the phones above its displays. The rumored Samsung Galaxy S8 Plus will also be featuring this new highlight.

The next-generation flagship smartphones of Samsung will have its beast mode, which is something missing on any Apple’s iPhone and even on upcoming new iPhones. This feature will primarily kick the Galaxy S8 into high gear and will also provide users with the highest amount of computing power possible. This is a significant feature for gaming and other resource-heavy functions.

Aside from the big amount of storage that the Samsung Galaxy S8 may have, rumors also said that it may support microSD card. This feature will definitely miss on the any iPhone devices since Apple doesn't have any plans to consider this matter. The upcoming Samsung Galaxy S8 lineup is reported to include a microSD card support that will provide microSDXC support up to 2TB or 256GB.

Smartphone makers such as Apple, Motorola and others are releasing devices without 3.5mm headphone jacks this year, Samsung will certainly retain it. Since Apple started to ditch out the headphone jack on iPhone 7 Plus, it will be possible for the next generation iPhones will have AirPods too. But not Samsung, because according to rumors, the 3.5mm headphone jack will still be present on the upcoming Samsung Galaxy S8.

Until now, there is no exact date when will the Samsung Galaxy S8 be unveiled. But reports say that it's on sale date will start on April 21. So If you want to have this most anticipated smartphone, you can view your favorite online stores as early as the said date.

The Android 7.0 Nougat update for both Samsung Galaxy S7 and Galaxy S7 Edge could soon be available for all the U.S. carrier models as T-Mobile is currently testing the software.

It is still a big question if the upcoming Samsung Galaxy S8 will have a headphone jack or not. After few leaks this week, it appears that Samsung could make headphones' future messier.

Though Samsung offers limited news on the release of the Galaxy Note 8, some rumors on its features may actually scare Apple iPhone.