'Fire Emblem Heroes' Guide: This Is How You Can Master Basic Combat In This Video Game 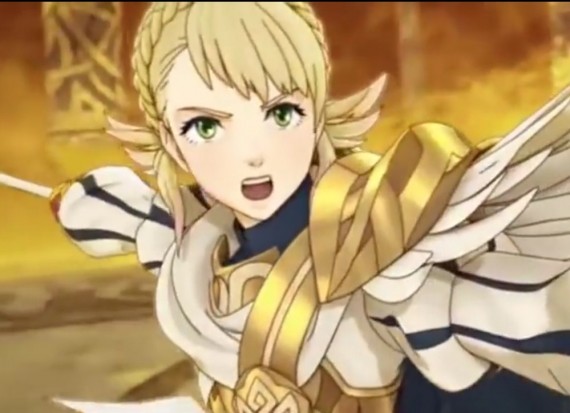 If you want to win your matches in Fire Emblem Heroes, you need to master the game’s basic combat. The game appears to be simple, but actually it has some complexities that you need to consider. (Photo : GameXplain/YouTube)

Fire Emblem Heroes is a video game that will allow you to collect heroes from the game's entire universe in fighting against your enemies. The key to winning matches is to be smart in using the strengths of your heroes. This game is actually a simple type of battle. However, there are intricacies involved that you need to know of if you want to master this game.

The latest version of Fire Emblem Heroes has changed some elements of the gameplay that will not be familiar to you if you are already a veteran of the game. You will need to learn these elements to be able to win your matches.

Basics Moves You Need To Master

The first lesson you need to learn is how to move around the maps of Fire Emblem Heroes. By swiping across the board, you can move your character wherever you want. Every character in this video game has their designated number of steps or boxes. You are allowed to swipe your character to where these blue boxes will allow.

But you cannot walk over your enemy. If there's room, you have to walk around him. In attacking your enemy, you have to swipe your character towards your opponent. And then a battle log will appear. You are allowed to have weapons to attack your enemies from a distance. There are also some characters such as thieves holding daggers and archers that can attack enemies from afar.

You Need To Learn The Strengths And Weaknesses Of Your Heroes

In Fire Emblem Heroes, combat is always done around the weapon triangle system. Each character is sorted out into a triangle of blue, red and green. Each hero that you will control has one of four weapons. The weapon a character holds is indicated by his color. For instance, blue means the character is a lance user, red means he is a sword user, colorless means the hero uses a bow, healing magic, or a knife user and green, an axe user.

In this video game, every hero has an advantage and a disadvantage when fighting enemies. For example, blue beats red, green beats blue, and red beats green. Colorless characters also have advantages and disadvantages like the archers getting a damage bonus when fighting against flying units. So, keep these colors in mind because you will be encountering them all throughout Fire Emblem Heroes.

Master The Terrain Of Every Map

Building The Right Composition Of Your Team

When you first play Fire Emblem Heroes, you will be provided with a complimentary team. This team will help you in the first stage of the game. As soon as you get the hang of the game, you will have to build your own team. You can build with four types of heroes or characters having their own skills, advantages and disadvantages. There is a need to balance out your choices so that your heroes will complement each other.

Overwatch: Year Of The Rooster Is Now More Popular Because Of Lunar New Year Elements?

By releasing Overwatch: Year of the Rooster update, Blizzard seems to have succeeded in making the game even more popular than before.

As reported, Fire Emblem Heroes Grand Hero Battle officially kicked off, which will require gamers to get Clarisse into their team.

Fire Emblem Heroes Set For A Huge Update This June

Nintendo is set to roll out a huge update for Fire Emblem Heroes this June. But maintenance work is required prior to its release. Gamers should take note of this schedule as this will affect their access of the game.

There is a glitch in Fire Emblem Heroes that induced the developer to give away 5 orbs for free to every complaining gamer. The Weekly Arena Quests are also going live.