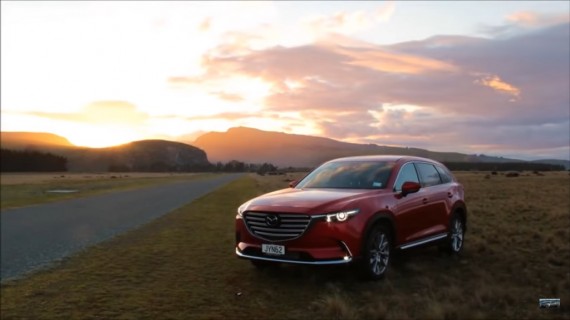 The 2017 Mazda CX-9 is scheduled to hit the showrooms sometime this month and it appears that we will be getting a better version without having to shell out more money than the last time. Despite the new standard features that consumers will certainly look forward to, Mazda has somehow found a way to bring us the 2017 Mazda CX-9 without raising its price.

According to CNET, the 2017 Mazda CX-9 is arriving with the same starting price of $31,520 for the base trim Sport. This trim is equipped with standard features such as LED taillights and headlights along with a backup camera and a seven-inch color display for its infotainment system. The drivetrain will still be in standard front wheel drive (FWD) and optional all-wheel drive (AWD) as last year. Opting for the AWD configuration, however, will bump up the price to $33,320.

It goes without saying that the 2017 Mazda CX-9's middle trim also has the same price as it did last year at $35,970. This time, however, there are new features coming along with it. According to Motor Trend, the Smart City Brake Support, which was an optional feature in the same trim, is now standard in the 2017 Mazda CX-9 Touring, which comes very handy in avoiding collisions. In addition, the 2017 Mazda CX-9 Touring has an upgraded eight-inch touchscreen for its infotainment along with power tailgate, power front seats, and keyless entry. The same as the base trim, opting for the AWD setting will raise the price up to $37,770.

The 2017 Mazda CX-9 will be equipped with the same reliable engine it had last year. The powertrain is a 2.5-liter inline-4 that is capable of putting out 250 horsepower and 310 pound-feet of torque. The 2017 Mazda CX-9 with an FWD setting has a fuel economy of 22/28/24 miles per gallon in the city, on the highway and combined respectively.

It is great that automaker found a way to bring us the 2017 Mazda CX-9 without increasing the price, except in the case of the Grand Touring and Signature trims that is. Regardless of the little increase at the top trims, the new standard features in the lower trims make the 2017 Mazda CX-9 quite the better version than the previous model.

Alfa Romeo has returned to the land of the free and has gone to Super Bowl LI with its Riding Dragons commercial.

2018 Dodge Durango SRT: Showing Off With Its 475 Horsepower

The 2018 Dodge Durango SRT will be claiming bragging rights at the upcoming 2017 Chicago Auto Show as it debuts with 475 horsepower.

2018 Dodge Challenger SRT Demon: Forget The Passengers’ Seat, There Won’t Be Any

The 2018 Dodge Challenger SRT Demon has ejected the passengers' seat. Does this mean we will really get a street-legal drag racing machine?