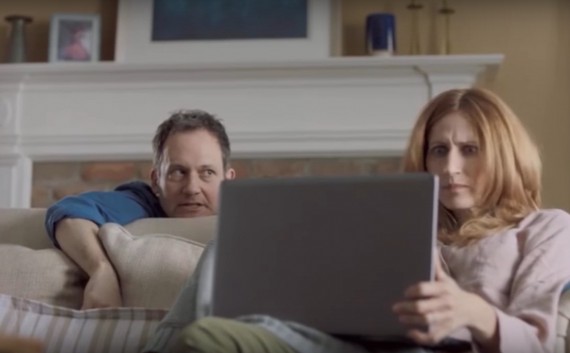 According to a published report called Imperva Incapsula Bot Traffic Report, the world's internet traffic is not mainly caused by humans, but from bots. (Photo : Viralissimo/YouTube)

For five years now in a row, the annual Imperva Incapsula Bot Traffic Report is published. It is an ongoing statistical study of the bot traffic landscape. And according to the latest study, more than half of the world's internet traffic comes from bots.

What Are These Bots?

These bots are software applications that perform automated tasks for almost anything you can think of on the internet. And when I say "anything," I mean like anything in the range between bad and good, which we will talk more about later.

The Traffic Breakdown By Visitor Type

With the advancement of technology, bots are rather becoming so prevalent in the digital media ecosystem these days that even the most sophisticated publishers can't avoid it. But you don't have to worry (probably 50/50), because it does seem that though the internet traffic is mainly caused by these bots, it was due to an increase of Good Bots entering the ecosystem, while the Bad Bots remain nearly the same.

What Makes This So Important?

Bots, in general, are extremely useful, the issue is that how it is used. For the Good Bots, these bots monitor or enhance the web. Examples of good bots are "spiders" and "feed feeders."

For "spiders," Google uses this to map the internet to expand their search result. In the case of the "feed feeders," Facebook uses this to refresh the newsfeed on mobile.

As for the Bad Bots, these are typically used for cyberattacks such as stealing content from websites, mimicking websites to capture ad dollars and create spam messages to collect user data. It is even capable of shutting down websites by overwhelming it with traffic.

The Ratio Between Good Bots And Bad Bots

According to the same study, Good Bots make up only about eight percent of all internet traffic, while its counterpart, the Bad Bots make up nearly 30 percent. And with the Bad Bots, majority of them impersonate real websites or people to bypass security measures.

Be Wary Of Bad Bots

And according to the Association of National Advertisers and White Ops, they estimated that bots cost advertisers more than $7 billion in revenue annually. To fight this, ad agencies will be placing trackers on ads to ensure that their clients will only bid on quality inventory, which will ultimately save money for their clients and make for more effective ad campaigns.

The Amazon Echo and Google Home are both amazing and intelligent voice assistants. However, they can’t seem to tell the difference between TV and reality.

Last week, reports were claiming that Microsoft was working on an "adaptive shell" that could let the Windows 10 platform properly scale out on all devices. Now, a new shell has surface and it is called the "Cloud Shell."

Cellebrite, a phone hacking digital forensics firm, has itself fallen victim to hackers.

A Big Cyberattack Is Inevitable In 2017

According to security experts, in 2017 a big data breach is almost certain.

While IoT and M2M technologies do have some elements in common, they are, in fact, two distinct concepts. M2M applications differ from what IoT is intended for and mostly cover the industrial field. IoT connected objects, on the other hand, pertain more to everyday life and apply to the general public.