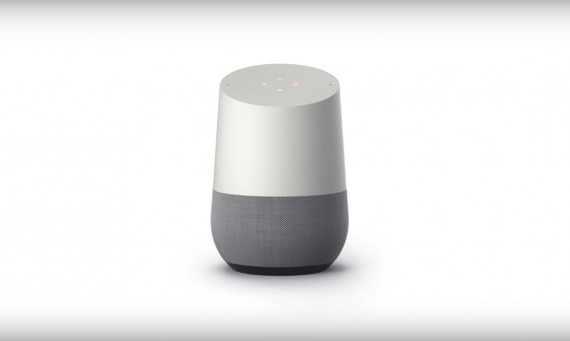 The Amazon Echo and Google Home are both amazing and intelligent voice assistants. However, they can’t seem to tell the difference between TV and reality. (Photo : Google/YouTube)

The Amazon Echo and Google Home are no doubt highly intelligent voice assistants, which also happen to follow any order given to them as long as the trigger command is mentioned and if the request made falls within their capabilities. But somehow they can't tell the difference between TV and reality.

A good example was when the Amazon Echo started to order dollhouses (which was really funny when I heard about it in the news) or just like the recent one when a Google commercial was aired during the 2017 Super Bowl, which Google Homes across the country promptly responded to the actors in the commercial saying the "Okay Google" command. Upon hearing the trigger command, the voice assistant started to play whale noises, flip the hallway lights and even recited a substitute for cardamom.

Though it was both annoying and hilarious, it is understandable that the voice assistants were just doing what they programmed to do. So, how can you prevent these things from happening again?

For The Google Home

The Google Home's "way" or "cure" for this issue is to simply turn off its microphone. The button or switch itself is located at the back of the device.

Now, this may be not the most practical way and can be really frustrating, because you will have to do this every time when you are watching TV or consuming any form of broadcasted material that could potentially mention the trigger command, but there is no other choice. It is better to be safe than sorry.

For instance, what if the Google Home starts doing tasks that you are not aware of? I mean, what if it starts preheating your oven without your knowledge? That simply spells disaster.

For The Amazon Echo

Just like the Google Home, the Amazon Echo or the Echo Pot's microphone can be turned off. It is located at the top of the device. Aside from turning of the mic, there is also another way, but it's not really that helpful. Still, it is "another way" nonetheless.

What is it? Well, users can modify the Alexa's wake word. However, there is a catch, because users only have four options to choose from: Alexa, Amazon, Echo or Computer.

To access this modification, users just have to go to the Settings menu in the Alexa app and tap their device. After typing the device, users will find the wake word entries at the General section.

What Is Google And Amazon Doing To Prevent This Issue?

Apparently, Google and Amazon have assured that their commercials featuring trigger commands have been altered to avoid prompting a response from their respective smart assistants. Though this is reassuring to hear, so far that doesn't seem to be so, especially with the case of the Google Homes that went a little bit crazy when a Google commercial was aired during the Super Bowl. But perhaps Google has learned its lesson and will definitely be careful next time.

According to Wired, some of the upcoming smart appliances for the Alexa devices will allow its users to enter custom triggers. It was also reported to include LG's Hub robot.