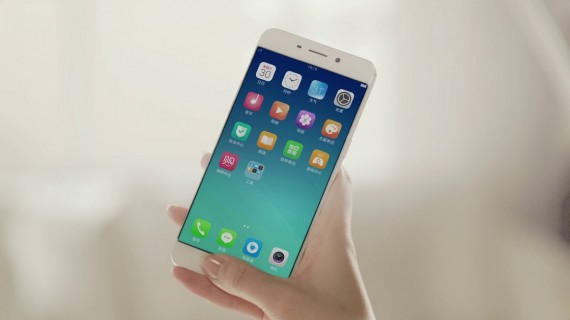 Even when Huawei could achieve the biggest hit in the American market, it is quite possible that Oppo could end up conquering the Chinese market, which might set a turning point in the smartphone business. (Photo : Gadget View/YouTube)

Of every single smartphone maker in China, Oppo is definitely the most surprising of all, to the point in which this company has been considered as the greatest secret gem in the Chinese phone business. This is because Oppo has achieved incredible sales in a market ruled by Huawei, and its R9 managed to become the most popular mobile device in Asia´s largest market, beating the almighty iPhone 7, and every other smartphone from any brand that competes in this market, included Huawei, which is the most important company in China, and the biggest smartphone maker in this nation.

Getting to this point, the main question appears: Could Oppo become a huge threat for this company? Believe it or not, there are some reasons to believe it, considering that in addition to its incredible rise in power and popularity, this is a brand that will also make the major leap to the global market, which is something that other Chinese smartphones are Xiaomi won´t.

First of all, far from being a stroke of luck, Oppo´s ascension in China is actually proved by the way in which this brand already achieved the highest position in its smartphone market, managing to get a market share of 16.8 percent in 2016, which is bigger than the 16.4 percent that Huawei achieved. Also, this incredible rise is also proved in how Oppo also made that Xiaomi and even Apple got out of the top three.

Naturally, this is something that Huawei would definitely have to take a serious look at, considering that according to market research firm IDC, Oppo has achieved an outstanding 122 percent year-over-year growth, while Huawei just achieved a 21.8 percent, which is even less than Vivo´s 96.9 percent. Although this is an unexpected picture, Oppo is actually the smartphone brand with the biggest ascension in China, which is something that clearly shows how this company could become the major player in the Chinese market.

Nevertheless, one of the most important details in this equation is that Oppo mostly creates mid-range phones, while Huawei has managed to create some of the greatest in the world, which is something that could still set an important difference between both companies. In fact, even when Oppo´s numbers in China are more than incredible, in the global market it wouldn't represent a big threat for Huawei, at least for now.

However, the main danger for Huawei is that Oppo might be targeting India and the Southeast Asia, which in addition to China, it represent a really important market in which this company could actually beat everyone if it manages to keep releasing incredible mobile devices with a really affordable price.

Suddenly, just when Huawei is taking a lot of moves to achieve a major hit in the American market, its invincible position in the Chinese won´t be that comfortable anymore, since Oppo´s rise might set a turning point China´s smartphone business. Of course, a collateral effect would be that Apple and Samsung might be having more chances to restores its relevant position in the market, but for now, the real battle will be between Oppo and Huawei.

Although Tesla came out as a crazy idea, this has been one of the major achievements of Elon Musk, to the point in which it represents a turning point in the automotive business.

Huawei Honor 6X Won´t Get The Nougat Update In March

The Honor 6X represents one of the greatest mobile devices in the mid-range field, to the point in which it is expected to conquer this specific market due to its incredible specs and features.

The Most Outstanding Details About The Huawei Mate 9

The Huawei Mate 9 was recently promoted through an incredible commercial in the Super Bowl 51, which clearly show the company´s ambition to make a huge hit in the American market this year.