Twitter Q4 2016 Earnings Not Great, Despite Being Pres. Trump's Social Platform Of Choice 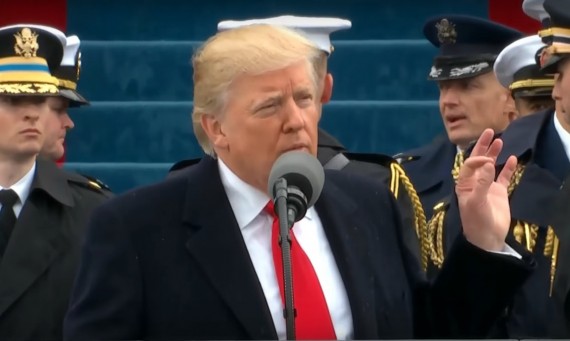 Despite Pres. Trumps tweets, it did little to help Twitter in generating more earnings on the Q4 of 2016. Instead, its advertising revenues decreased. (Photo : CBC News/YouTube)

On Twitter's Q4 2016 earnings report, it showed that the company's earnings weren't that great. And despite being the social platform of choice for Pres. Donald Trump and how last year Twitter was in the media more than ever before, its advertising revenues still continued to decrease. So what is causing this?

Twitter's 'Real-Time' Nature Is Not Popular With Advertisers

On an investor call, Jack Dorsey, co-founder and CEO of Twitter explains that on their last call, the revenue growth was expected to lag usage, and as seen in the numbers and outlook, it does prove to be the case. His company believes that their advertisers need the same approach that is being used on the consumer service, which is to reset and focus on Twitter's strengths. This ultimately means differentiating and complementing Twitter's real-time nature and proving to advertisers that Twitter can be easy and will definitely work for both of them and their customers.

In other words, Twitter's direct response ads or real-time nature have not been that popular with advertisers. In result, advertisers would rather spend their money on advertising with Facebook and Google, which is currently seem to be the case.

Pres. Trump's Tweets on Twitter Are Just a Drop in the Bucket

There was this term called, "Trump Bump" that many analysts expected would drive engagement and users back to Twitter. And though the President's use of twitter has definitely broadened the awareness of how the platform can be used, it has not really made any material impact on user growth or in the engagement. As a matter of fact, all the retweets and favourites that Pres. Trump got are nearly just a drop in the bucket.

To some analyst, they also believe that Pres. Trump's frequent usage of the platform could actually damage Twiitter's reputation with advertisers. And according to Richard Kromer, a Senior Analyst and Co-founder at Arete Research, Twitter is not a platform that advertisers will want to, in advance, associate themselves with.

"What if Nordstrom was running a campaign on Twitter, pre-buying or planning it...and finding out that the president is slating them on the platform?," said Kromer. For him, there are just too much "abusive and vitriolic" content that takes place on Twitter, and most brands just want to stay away from that.

What Is Twitter's Plan Of Action For The Future?

However, investors are persuaded by this info. Because though Twitter has provided this information, the company did specify how many daily users it actually has, which makes it hard for investors to determine how impressive the 11 percent growth really is.

It is also worth mentioning that Twitter executives have only begun to talk about daily active users a bit on the last quarter. And the thing about this is that these group of users was mentioned only once in passing in Q2 shareholder letter, and was not event mentioned at all on the Q1 letter. So basically, it can't be helped that investors are skeptical of Twitter's claim of 11 percent increase for its daily active users.

Silicon Valley vs Trump: Understanding The Effect Of Immigration Ban On The World's Tech Hub

Immigrants are the backbone of America's tech industry. And if Pres. Donald Trump will issue more immigration ban orders, this could affect Silicon Valley reputation as the world's tech hub.

EU Wants Facebok And Twitter To Remove Hate Speech Faster; Should You Be Concerned?

The campaign against "hate speech online abuse" is apparently moving rather slow despite its steady efforts from the companies part of this campaign.