Sony Xperia XA2 vs Huawei Honor V9: What Do We Know So Far? 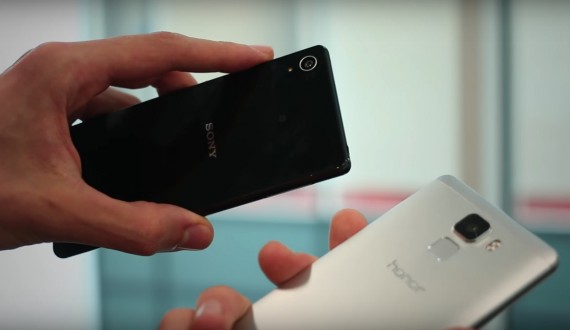 Set to be released this year are the Sony Xperia XA2 and Huawei Honor V9. Both smartphones are expected to be to budget-friendly, yet powerful devices on a $300-400 price range. (Photo : Btekt/YouTube)

According to reports, the Sony Xperia XA2 and Huawei Honor V9 are both high-end smartphones set to be released this year. Though both smartphone are highly anticipated, we do know quite a lot regarding the Huawei Honor V9, but nevertheless, as tech enthusiasts, we do love comparing the rumored specs and features of unreleased top-tier smartphones.

The price of the Huawei Honor V9 is reported to be $393. However, despite this smartphone has this rumored retail price, it is still yet to be confirmed by Huawei if this is really the price of the said phone. As for the Xperia XA2, its expected retail price is said to be around Rs. 19,999 ($299).

The Huawei Honor V9 is expected to be announced on a conference event in Beijing, China this February 21. It is also important to note whether this smartphone will be made available to other countries as well.

On the other hand, there is no info yet as to when will the Sony Xperia XA2 will be released worldwide. However, a report claims that it is expected to be launched in June at India.

The Huawei Honor V9 is said to come with a fingerprint sensor located on its back and possibly support dual-SIM. As for the Sony Xperia XA2, there is no info yet as to what it will look like.

The Huawei Honor V9 is expected to feature a 5.7-inch display with a screen resolution of 2560 x 1440 pixels. As for the Sony Xperai XA2, some reports claim it will have a 5-inch HD IPS display.

The Huwaei Honor V9 is said to run on Android 7.0 Nougat and will be powered by an octa-core processor clocked at 2.4 GHz. Some reports suggest it could possibly the Kirin 960 chipset.

On the other hand, the Sony Xperia XA2 is also expected to run in Android 7.0 Nougat and be packed with a Mediatek Helio P20 chip. There are also other reports claiming that it will be powered by an octa-core processor clocked at 2 GHz.

The Huawei Honor V9 is rumored to have 128 GB of internal memory partnered with 6 GB of RAM. There was no mention how high will its expandable memory option be.

The Sony Xperia XA2 is said to feature either 32 GB or 64 GB of internal memory with 4 GB of RAM. However, there are also other reports claiming that this smartphone will have an expandable memory option of up to 200 GB.

The Huawei Honor V9 is reported to have a dual-rear camera set-up, specifically 12 MP and 2 MP. Up front, it will have a 8 MP camera.

As for the Sony Xperia XA2, other reports are claiming it will have a 23 MP at the back and 16 MP at the front. On the other reports, it is said to have a 13 MP rear camera and a 8 MP front camera.

There is no information as to what battery capacity will the Huawei Honor V9 have. As for the Sony Xperia XA2, it is reported to have a 2,300 mAh battery.

A photo leak shows the actual design of the Moto G5 Plus, while also listing some of its specs and features.