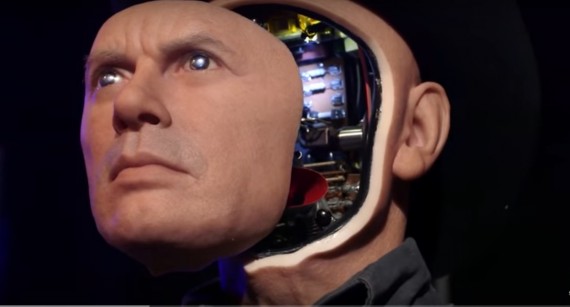 According to tech experts, the applications of artificial intelligence can change the world by helping us to solve global problems. (Photo : Freethink / YouTube)

Current research projects show that artificial intelligence (AI) can help us solving global problems for the greater good of mankind.

Despite the headlines presenting crashes involving self-driving cars, the applications of AI technology in this area could dramatically reduce injuries and deaths on the roads. Self-driving cars could also change our lifestyles. Thanks to this emerging technology, we will have more time to entertain ourselves of work during commutes. The decreased cognitive load and the increased comfort provided by shared transportation and self-driving may also affect where people choose to live.

According to Robohub, AI can help researchers pinpoint areas of focus due to its ability to explore massive amounts of data in record time. For instance, a partnership between artificial intelligence company IBM Watson Health and Barrow Neurological Institute has led to a recent discovery in the disease Amyotrophic Lateral Sclerosis (ALS). The discovery has been possible because of the ability of the artificial intelligence supercomputer IBM Watson to review thousands of pieces of research in order to identify new genes linked to ALS.

Another big promising use for artificial intelligence within healthcare is in predicting the outcome of drug treatments. For example, cancer patients are often monitored for the effectiveness of the same drug given to a large batch. AI could save valuable time and money by providing a highly personalized approach, using data to predict which patients could benefit the most from using a particular drug.

Artificial intelligence can be a helpful teaching assistant. Research has shown that one of the main factors behind students' dropping out is a lack of support, therefore a highly supportive robot specially designed for teaching can improve the learning process. People learn differently, with different starting points and at different speeds. Artificial intelligence could help us all learn in a much more personalized way.

Artificial intelligence could also help mankind become smarter about our energy consumption. Tech giants such as Google has enormous data centers requiring a massive amount of energy in order to run the servers as well as keeping them cool. The Google artificial intelligence platform Deep Mind has been already used by the company to predict when its data centers will get too hot and activate the cooling systems only when required.

According to FastCodesign, the emerging field of artificial is full of nearly unlimited potential, but still mostly unfamiliar to most people. Since IBM Watson won Jeopardy in 2011, we've come a long way. AI technology has moved firmly from Sci-Fi shows into the real world.

Many tech experts believe that AI will be bigger than the Internet. An entirely new paradigm for computing emerges from developing software applications that can understand the context and apply it practically. However, many problems and dangers still lie ahead.

Using artificial intelligence poses some challenges. In fact, the entire process is facing issues, from applying and building AI to testing governing and experiencing AI. And among the biggest threats of AI is the systems' security. Since Algorithms are based on data, the behavior and outcomes will change with any modification to that data. Defending the security of AI systems is very difficult at the moment.

According to market analysts, in the U.K. around 250,000 public sector jobs could be lost to robots by the year 2030.

How AI Could Enhance Human Workers?

According to experts, instead of taking their jobs, artificial intelligence will help enhance human workers.

David Hasselhoff's Weird Film Is Written By An AI

Director Oscar Sharp and AI researcher Ross Goodwin's short film "It's No Game," swoops in artificial intelligence (AI) during a Hollywood writer's strike to write a script for the immortal David Hasselhoff.