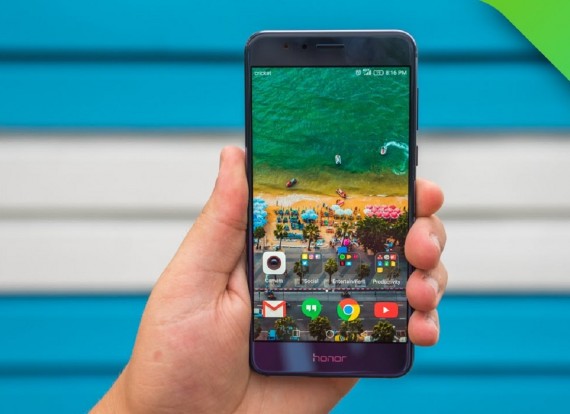 Huawei´s game is getting more aggressive than ever, given the fact that the company wants to conquer the global market in midterm, and is willing to do whatever it takes. (Photo : Android Authority/YouTube)

Of every single important moment that tech giant Huawei has lived since it was created, one of the most important was when Huawei's chief executive for consumer business group, Richard Yu, revealed last year that the company´s biggest goal was to become the biggest smartphone maker in the world by 2021, beating colossus like Apple and Samsung.

Huawei Didn´t Achieve Its Goals For 2016

The reason why this moment was so important is because it showed to the world that Huawei´s rise was something real and that the company is able to achieve highest positions. In fact, this is something that has been proved in the way in which the brand managed to sell more smartphones than ever in 2016, but new information revealed that even when this increase has been quite outstanding, its profits were quite low.

Believe it or not, Huawei´s consumer business group only made $2billion in operating profit last year as compared to the $2.2 billion in 2015. Actually, this numbers gets even worse when you add to the equation the fact that the company´s main target in 2016 was to achieve $2.5 billion, which means that the Chinese brand came in way below that, even when it sold more mobile devices than ever in its history.

Huawei Spent A Lot Of Money In Advertising

Naturally, this is something that doesn't seem to have any sense, considering that in the smartphone business, selling more mobile devices means more money, but in this case, things are a little more complicated. The reason of this situation is that Huawei´s consumer business group saw how its revenue increased by 42 percent to billion, but it also suffered a huge increase in the operating expenditures.

This means that the Chinese giant ended up spending more money by offering good deals to retailers and carriers that stock its mobile devices, and a huge amount in advertising and marketing efforts in order to make its products more famous and make customers feel attracted to it. Another reason was that Huawei´s margins were getting slammed by higher prices, considering that components' costs are going up as more features are being added to the company's top-shelf mobile devices. Of course, this is something quite usual that happens almost in every kind of company.

Huawei Wants To Achieve A Major Growth This Year

Believe it or not, even when selling a lot of products but having less profit than last year doesn't seem good at all, this situation might even have been incredibly great for Huawei, given the fact that these numbers could actually mean that the brand is focusing on growing share at the expense of profitibability, which is exactly what Huawei wants in order to become the biggest smarphone maker in the world at 2021. As you can see, this scenario was actually on the company plans, and far for representing something concerning, is something really good.

Apparently, the Chinese giant has set some ambitious goals for this year, which includes doubling the consumer group profits to $4 billion, which is almost twice than the number that Huawei set for last year. Naturally, this clearly represents the way in which the company is more powerful than it was in 2016, but the thing is that this time the money will have to be spent wisely, considering that if Huawei want to achieve this kind of growth, it would have to promote its products in a better way, and concerns itself with making a larger profit on its smartphones instead of worrying about topping the Cupertino giant and the South Korean company.

Although it is too soon to make predictions, If Twitter´s financial problems keep getting worse, it is quite possible that the company could be sold.

A Verizon´s report explained that many IoT manufacturers are primarily making their devices for functionality, which means that the cyber security measures are really weak.