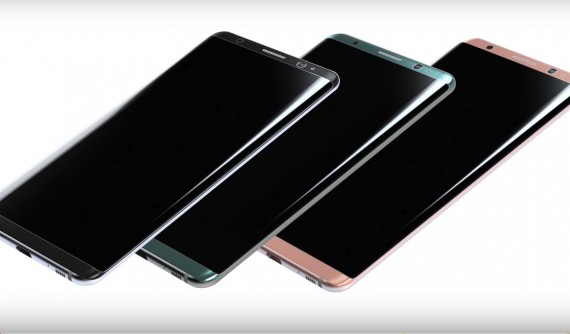 The Galaxy S8, S8 Plus and Moto G5 Plus are high-end smartphones expected to be released this year. With all the leaks coming out regarding their specs and features, what do we know so far? (Photo : EverythingApplePro/YouTube)

The Samsung Galaxy S8, S8 Plus, and Moto G5 Plus are smartphones that are set to be released this year. Even though these smartphones have not yet been announced, we already know a lot about them, all thanks to the extensive leaks that have been spotted online.

Please do note that the specs and features of both Galaxy S8, S8 Plus and the Moto G5 Plus are based on the gathered information across the internet. So, what have we learn about these smartphones so far?

According to the recent leaks, the Samsung Galaxy S8 is expected to be $100 pricier than the Galaxy S7, making it around $900. As for the Galaxy S8 Plus, we can only assume that it will be pricier that the Standard model, which is the Galaxy S8.

Reports last month suggest that the international price of Moto G5 Plus will be around $300. However, as of this date, there is no information yet on how much it is going to be for the U.S.

The Galaxy S8 and S8 Plus are expected to have its unpacking event on March 29, while its availability on the market will be April 21. As for the Moto G5 Plus, this smartphone is expected to be announced at the 2017 Mobile World Congress event.

Based on the recent leaks, the Galaxy S8 and S8 plus are expected to be 0.1-mm thicker than the S7 and its protruding lens measurement at the back will be reduced to 0.2-mm. The sides will have rounded corners while its power button will be placed underneath the volume button. At the front will have fewer bezels with a ratio of 18:9, an iris scanner. The device will also reportedly drop the front logo and will keep the logo at the back.

Speaking of the back, the fingerprint scanner is expected to be located there, right next to the rear camera. Aside from that, the Galaxy S8 and S8 plus are expected to have a USB-C port, a headphone jack, and stereo speakers.

As for the Moto G5 Plus, it will feature slightly rounded edges, a metal unibody design and a capsule-shaped home button that also functions as a fingerprint scanner. About its rear camera design, the phone will have a coined-shaped camera module.

The Galaxy S8 and S8 Plus are expected to have a 5.8-inch screen, while the S8 Plus will have 6.2-inches. Both smartphones will have a Quad-HD SAMOLED display that comes with a DCI-P3 color gamut, more colors on the display and a restructuring of the pixels for a sharper and brighter display.

As for the Moto G5 Plus, previous reports claim that it will have a 5.5-inch screen while recent reports said to have a 5.2-inch screen with an AMOLED Full-HD display at 1080p. Its screen is also reported to be protected by a Corning Gorilla Glass 4.

The Galaxy S8 and S8 Plus are expected to have the Snapdragon 835 and in-house Exynos 8895 processor. It is rumored to run on Android 7.1.1 Nougat.

As for the Moto G5 Plus, it is reported to run on Android 7.0 Nougat and will be packed with a Snapdragon 625 chipset. It will also have Motorola Experience features that include Moto Assist, Moto Display, and Moto Actions.

As for the Moto G5 Plus, it is rumored to have either 16 GB or 32 GB with 4 GB of RAM. However, there is no mention yet if it will have an expandable memory storage.

As of today, the camera specs for both Samsung Galaxy S8 and S8 Plus are kept under wraps while the Moto G5 Plus has varying reports for its rear camera. Some reports claim it will have a 16 MP with dual-LED flash, while other reports suggest it will be 12 MP with rapid focus. As for its front-facing camera, it is said to be 5 MP.

The Galaxy S8 and S8 Plus is said to have a PC-like interface, a new voice assistant called Bixby and possibly a 3D touch. For the Moto G5 Plus, however, there are no noted features yet aside from the staple NFC capability.

A photo leak shows the actual design of the Moto G5 Plus, while also listing some of its specs and features.