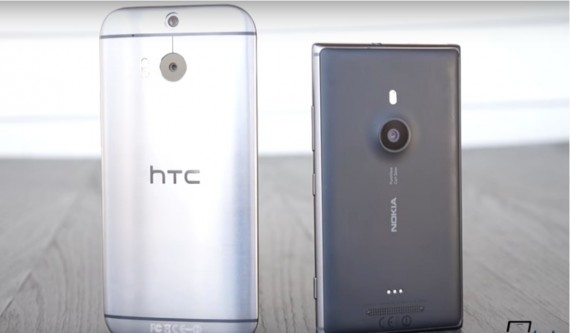 The HTC 11 and Nokia P1 are flagship smartphones that expected to be released this year and are highly anticipated by tech fans. Here are the things we know so far. (Photo : Pocketnow/YouTube)

The HTC 11 and Nokia P1 are both high-end smartphones that are highly anticipated and expected to be released this year. With that being said, what do we know so far about these smartphones?

First and foremost, according to rumors, the HTC 11 won't be called HTC 11. Instead, it will possibly be called HTC Ocean. Regarding as to when it will be unveiled, Stuff suggests that it will be two months from now, which is April.

As for the Nokia P1, it is expected to be unveiled this Feb. 26, at the Mobile World Congress event. There are also reports suggesting that there could be a slight chance it will be China-exclusive, just like what happened to the Nokia 6. But if you ask me, I don't think that will happen, because the rumored specs and features of the Nokia P1 are just too powerful to limit its market range.

The retail price of the HTC 11 is still unknown or rather hard to determine because its rumored specs and features are quite powerful to put a price range on. Although, it would probably be a safe bet that it will be pricier than its predecessor.

As reported, the HTC 11 will "lack some physical buttons." Specifically, the volume and home button will be non-existent. Instead, it will have a "Sense Touch," which will be located at the sides and can be used to navigate between apps. There will also be a small power button located at the bottom.

As for the Nokia P1, a report written by NDTV suggests that it will have a metal frame case, a dual-SIM slot on the left and a volume and power button on the right. At the bottom, it will have a USB Type-C port, a speaker grille, and a 3.5 mm headphone jack. Its casing's color designs will come in silver, black and rose gold.

The HTC 11 is said to have a 5.5-inch display with a screen resolution of 2560 x 1440 pixels. As for the Nokia P1, it is expected to have a 5.3-inch screen with either a Quad HD or Full HD display and will be protected with a Gorilla Glass 5.

The HTC 11 is reported to have a 12 MP rear camera and a 8 MP front camera. As for the Nokia P1, reports claim that it will have a 22.6 MP rear camera with Carl Zeiss optics.

There is no information regarding what battery spec the HTC 11 will have. As for the Nokia P1, it is said to have a 3,500 mAh battery with a quick charge feature.

According to reports, the HTC 11 could be VR ready, possibly a Vive-branded smartphone. On the other hand, the Nokia P1 is expected to have an IP57 dust and water feature.

Sony Xperia XA2 vs Huawei Honor V9: What Do We Know So Far?

Set to be released this year are the Sony Xperia XA2 and Huawei Honor V9. Both smartphones are expected to be to budget-friendly, yet powerful devices on a $300-400 price range.