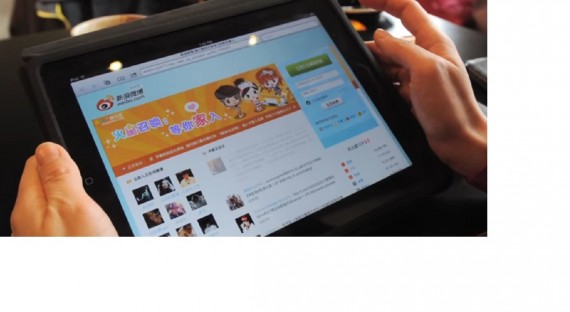 Considering that Twitter is banned in China, Weibo has an empty highway in which it could increase its users´´ numbers, thanks to the lack of a major competitor in this particular field. (Photo : CNNMoney/YouTube)

As everyone knows, social media Twitter is having such a terrible financial crisis that the Wall Street not only lost its confidence in the company, but got to the point of mock at the platform with a series of statement that were quite mean but objectives at the same time. While this was happening, million miles away the Chinese social media Weibo -which is popularly known as the China´s Twitter- has been living a whole different story, to the point in which this company already worth more than the blue bird platform.

The thing about Weibo is that in addition to have an incredible amount of users in Asia´s first economy and largest market, this platform has been characterized for continuing growing, which is exactly the opposite situation that Twitter has been living in the last years, to the point in which it have been facing with a concerning leak of users that it hasn't been solved. Also, another interesting detail about Weibo is the fact that it counts with an efficient monetization strategy, which is another field in which Twitter is well known for being extremely inefficient.

As you might already figured out in this comparison, while Twitter´s lack of growth and poor financial strategies were the disastrous combination that resulted in its current situation, Weibo´s opposite reality in both fields has been extremely helpful for turning this platform into one of the most incredible surprises in social media so far.

If you need numbers to get a better look about Weibo´s superiority in Twitter, let´s say that while the Chinese social media has a market capitalization of 11.3 billion, the blue bird platform only has 11.1 billion, which represent a difference of about 200 millions. And of course, even when the difference is not exactly gigantic, it seems quite impressive considering that just a few years before, Twitter was way ahead of Weibo.

In fact, even when this could be considered as a huge surprise, this was actually expected to happen, and not only because Twitter has been doing things in the worst way possible, but also because seeing Weibo beating the American platform on the market capitalization was something that briefly happened during the trading day last October.

Believe it or not, far from seeing a major change in the upcoming months, is really likely that this new position remains, given the fact that while Twitter keeps facing the leaks of users and harassment issues on its platform, Weibo will keep flying solo on China, since there´s not a major competitor that could represent a meaningful threat.

Although it remains unknown what could happen with Twitter, the blue bird social media is facing a delicate situation that doesn't seems to have a end, considering that a company´s selling isn´t an option anymore, and even if this actually happens, it would be quite possible that anyone who buys Twitter will actually change it to the point in which it would no longer be a social media. On the other hand, is expected that Weibo´s growth keeps with its unstoppable rhythm, to the point in which its distance with Twitter could even get bigger in short term.

Although Donald Trump hasn't made any comment about the new service of Amazon, it is quite possible that the new president could react in an aggressive way, given the fact that Amazon´s CEO is Jeff Bezos.

Even when Huawei could achieve the biggest hit in the American market, it is quite possible that Oppo could end up conquering the Chinese market, which might set a turning point in the smartphone business.

OnePlus 5 Latest Leak, News And Updates: What We Know So Far

OnePlus will unveil the new phone at a live online launch at 12 p.m. ET on Tuesday, June 20, to be followed by a series of "pop-up events" hosted in retail locations in the US and Europe.

Earlier, OnePlus CEO Pete Lau stated that the OnePlus 5 would be the thinnest in the series. According to Lau, in making the OnePlus 5 sleeker, the company has not compromised on its functionality.