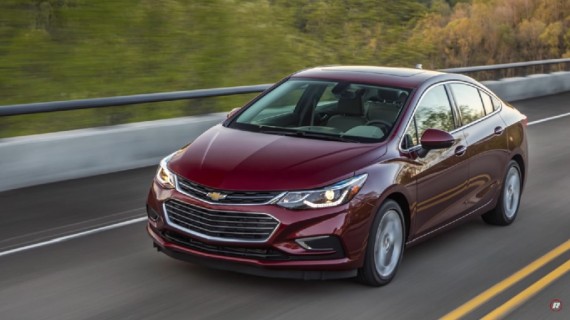 2017 Chevrolet Cruze Diesel: Living Up To The Hype

Surely, you are wondering just what kind of a diesel engine is fitted in the 2017 Chevrolet Cruze. According to report, the 2017 Chevrolet Cruze has a 1.6-liter turbocharged inline-4 diesel that delivers 137 horsepower and 240 pound-feet of torque. This is paired with a six-speed manual transmission with an optional automatic gearbox.

2017 Chevrolet Cruze: No Hatchback Diesel Yet

2017 Chevrolet Cruze Diesel: Is It Worth It?

The 2018 Ford F-150 is going to be more exciting than the current model. That being said, we earnestly look forward to the arrival of the next Raptor.

2018 Chevrolet Traverse: A New Look And A More Powerful Engine

The 2018 Chevrolet Traverse is coming with not just new looks but powerful engines too to back it up.

Spy shots suggest the 2018 Nissan Leaf has borrowed a few elements from the Nissan IDS concept.

Chevrolet Silverado 1500 Z71 is the amenity-packed multitasking machine which is good in smooth ride.

The 2017 Chevrolet Colorado ZR2 is a mid-sized truck great for off-road driving thanks to its Formula 1-styled shock absorbers.