How To Take Advantage Of Google Assistant On Pixel; AI To Debut In Other Smartphones 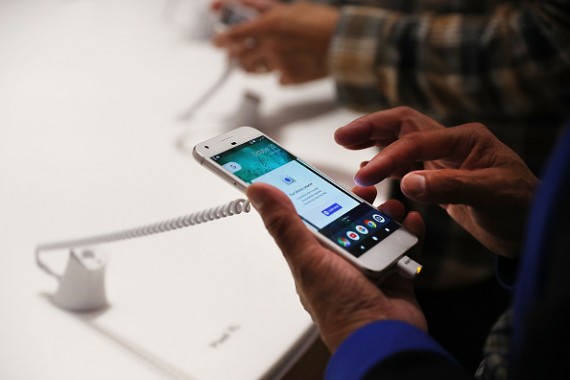 NEW YORK, NY - OCTOBER 20: A person tries a new Google Pixel phone at the Google pop-up shop in the SoHo neighborhood on October 20, 2016 in New York City. The shop lets people try out new Google products such as the Pixel phone, Google Home, and Daydream VR. The products will be available for purchase offsite at Verizon and Best Buy retail stores. (Photo : Spencer Platt/Getty Images)

When the search engine giant released the Pixel and Pixel XL handhelds, many marveled at them not just because of their specs and design, but because of its software. At the time, the company also released Google Assistant, a new AI that was exclusive to the handhelds. But with recent Android updates, it is clear that the exclusivity is no longer a priority.

As noted by News Factor, upon the release of Google Assistant, it was exclusive to Google-made devices, such as Google Home, the Pixel and Pixel XL. At its launch, CEO Sundar Pichai described Assistant as a vital part of the company's future plans. That is, that it would help the company transition to a smarter and more personalized service.

Because it was released exclusively, the move was thought to be an intentional one. But that might not be the case, as figured by a few users of the Google App beta channel. Some individuals were notified of a v6.13 alpha update, which allowed them to use Google Assistant on their non-Pixel phones. Not all phones were provided the AI, however, and it seemed limited to the newer Nexus 6P, Samsung Galaxy Note 5 and Xiaomi Redmi Note 3.

However, these users were also quick to note that Google Assistant also quickly disappeared from their handhelds. It is unclear at this point whether or not the move was intentional, or if it will become permanent in the future. The publication quoted software engineer Cody Toombs as saying the AI cannot possible remain exclusive forever, so the spread is at the very least a possibility.

Moreover, it is expected that upcoming releases of Android smartphones, the LG G6 in particular, will debut Google Assistant on non-Pixel phones as well. This is all just hearsay at this point, but the same might be confirmed at the Mobile World Congress later this month. The event is scheduled for February 27 to March 2.

Currently, however, there is no question that Google Assistant is still exclusive to the Pixel and Pixel XL smartphone. As CNet has reported, the virtual assistant is capable of doing the expected, such as noting down an appointment or providing reminders. There are, however, a few others that will make the use of the smartphones more unique.

For example, users can make phone calls and send text and emails. What makes it even more special is that the Assistant works not just with built-in applications, but with third party apps as well. So if users would prefer to send messages via Telegram, they are able to do so. At this point, not all third-party applications are compatible, but Google is reportedly working continuously to expand its range of partners.

Users can also set timers, reminders, and alarms by just saying so. "Set a timer for 10 minutes" is a common command, as is "Set an alarm for weekends at 10 in the morning," but there is also the simple "Cancel all timers and alarms." Pixel and Pixel XL owners can also easily control music and camera, although the default applications will be Google's built-in applications. Whether or not the same set of skills will be made available to non-Pixel phones is unclear.

The world of artificial intelligence continues to expand and while the future is the priority, Alexa and Google Home are starting to welcome a few things of the past too.

Elon Musk is a man of vision and his futuristic plans include cyborgs and fully autonomous vehicles.