What Happens When A 7-Year Old Girl Asks For A Job At Google? 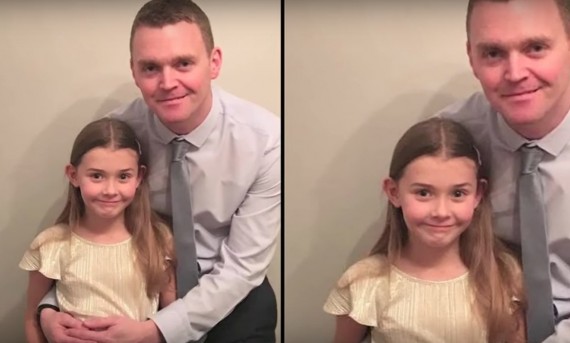 A 7-year old girl from England named Chloe Bridgewater, sent a job application letter to Google and was surprised to get a reply from the Google CEO himself. (Photo : NYOOOZ TV/YouTube)

If you think about having a job at Google, what comes to your mind? For me, I think about the movie "The Internship" where two salesmen played by Vince Vaughn and Owen Wilson, had their careers torpedoed by the digital age and found an internship at Google, or Dave Chappelle's comedy skit "If the Internet was a real place." If you have not seen both of these videos I have mentioned, you're missing out.

Well, a 7-year old girl named Chloe Bridgewater who lives in Hereford, England, was fascinated by her Kindle Fire Tablet and robots, which led her to be totally smitten by the idea of working in a place with bean-bag chairs, go-karts and slides. In her bright little mind, Google seemed to be the perfect place that represents that idea. This in turn made her decide to write a letter applying for a job at Google.

The Letter With A Big Dream

The letter was shared by her father to Business Insider. In her letter, she describes how she dreams of growing up one day and getting a job at Google. She also stated that she wants to work in a chocolate factory and do swimming in the Olympics - she goes for swimming every Saturday and Tuesday.

According to the little child, her dad told her that at Google, people could seat on beanbags, go down on slides and ride go-karts. Her father also encourages her to learn more about computers and promises to get her a computer one day, which will make her qualified to get a job at Google.

Chloe's father was the one who told her to send an application letter addressed to the CEO of Google. However, she did not know how to write one and instead just wrote what was in her mind and addressed the CEO as "Dear google boss."

Google CEO's Response To The Letter

When it was published, Sundar Pichai, the CEO of Google, happened to hear about the letter and decided to send a reply to the letter addressed to him. In his reply, Pichai thanked Chloe for writing the letter and her appreciation of computers and robots.

The CEO hopes and believes that if the little girl continues to work had and follow her dreams; she will eventually find work at Google and fulfill her dream of swimming in the Olympics. He then ends it by saying that he is looking forward of receiving her job application in the future after she finishes her studies.

Chloe's Reaction And Her Father's

Upon receiving the letter from the CEO, it has redoubled Chloe's drive to work at Google in the future even more. According to her father, Andy Bridgewater, who is currently working in sales for a refrigeration system company parts manufacturer, his daughter wants to find a way into the Silicon Valley-based company through going on TV and talking to the media.

However, the father largely resisted on that idea, because he wants his daughter to focus more on her studies and develop her skills. He then mentioned about him needing to brush up his own skills to catch up with Chloe.

Tinder's Sean Rad: AI And Tinder Will Change How People Will Date

On an interview, Sean Rad discusses how he sees the future of Tinder could be. In his vision, he plans to incorporate AI into the dating app.

To the growing concern over the damage hackers and terrorists could inflict to the economy and infrastructure, the U.K. government has decided to add a cyber curriculum for teenagers aged between 14 and 18 years old.

According to reports, Facebook CEO Mark Zuckerberg is being accused of not using his own Facebook account. Instead, it is said to be managed by a group of individuals that helps him posts, write speeches, delete offensive comments, and clean spams.