New 'Billboard' Cover Was Shot With iPhone 7 Plus 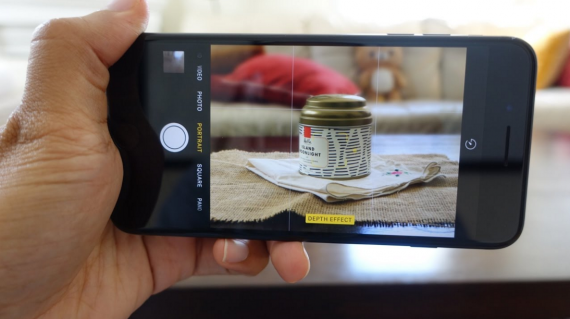 More expensive cameras were also used for the shoot since there are some limitations to using the Apple iPhone 7 Plus such as poor low-light performance, said Miller Mobley, Billboard magazine official photographer. (Photo : 9to5Mac/YouTube)

For magazine cover shoots, Miller Mobley, Billboard magazine official photographer, uses gears that are usually considered as expensive professional cameras. This includes that the Mamiya 645DF+ as well as the Canon 5D Mark III, and with accessories such as tripods and complex lighting systems. This time, Mobley uses the Portrait Mode of the Apple iPhone 7 Plus to shoot Fifth Harmony member Camila Cabello on the cover.

"The photo editor was like, can you shoot the next cover with the iPhone 7 Plus?" said Billboard's photographer Mobley to Mashable. Previously, Mobley has shot photos of celebrities like Taylor Swift, Jennifer Lawrence, Tom Hanks and Ryan Gosling. The project, which is specifically to shoot using the Apple iPhone 7 Plus' Portrait mode, was an idea of Billboard's production.

The looks are really good and at first, it looks like a shoot from a very expensive DSLR. Professionals working and shooting pictures with an iPhone 7, especially on 7 Plus, isn't really a new thing. As excellent as the iPhone 7 Plus' dual cameras, especially its Portrait mode, anyone can get a professional-looking photo and it's not without limitations, particularly for professional work.

According to MacRumors, Apple today shared two new videos on its YouTube account to promote the unique Portrait Mode feature of its dual-camera iPhone 7 Plus. Both videos are just 15 seconds in length and it clearly shows the Portrait Mode in action. It also has an explanation on how the users can blur out the background of the focus to result in a better portrait shot of the subject.

Shooting with the Apple iPhone 7 Plus and using its Portrait mode requires more thought into things like focus and composition. It is because not only are you working with a less resolution camera compared to a DSLR, but the mode requires that you should preview it from a certain distance. Note that the iPhone camera needs to be within 8 feet far away from the focus or subject so that it can register and function clearly.

Apple iPhone 7 Plus' Portrait Mode was previously introduced in iOS 10.1. This feature uses the 56mm lens included in the iPhone 7 Plus and with Apple's image signal processor, which scans a scene to recognize people and other objects as the subject. This is to separate the foreground from the background for a more mature focus and blurring effect on the back.