Will We Ever See A Snapchat Phone In The Future? 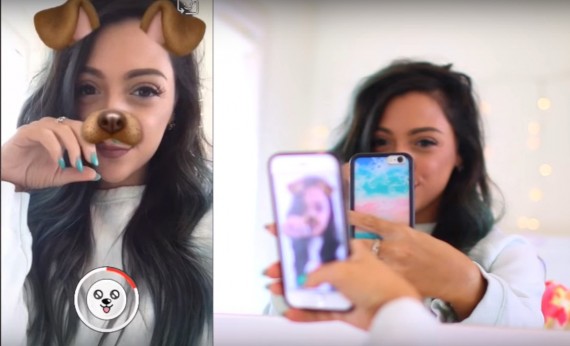 With the recent hiring spree by Snapchat over the past six months and the individual the company has hired, rumors suggest that a Snapchat phone could be coming. (Photo : Niki and Gabi/YouTube)

Snapchat could likely be "snapping" its way to another platform. This time, it could either be a new evolution of Snapchat's Spectacles or something even better, like a Snapchat smartphone.

With that being said, how farfetched is this idea? Let's delve in into the rumors surrounding the possibility of a smartphone made by Snapchat.

The Reports That Developed Into This Rumor

Last August 2016, with the introduction of Instagram Stories, which basically functions similar to Snapchat's Stories, took away a large portion of Snapchat's quarter on quarter growth on its daily active users. Even though Snapchat managed to grow in the third and fourth quarters last year, its performance just dropped dramatically, signaling that the company should definitely find a way to overturn this predicament or else it will be a dark future for them.

To counter this impeding future, Snapchat has started hiring. And with the recent hiring that the company has been doing over the past six months, rumors started to formulate that something big in the hardware department is coming, thus making it a possibility that Snapchat could be working on a new evolution of its Spectacles or something entirely new, like a Snapchat phone perhaps.

What Did The Hiring Spree Tell Us?

Though Snapchat has rebranded itself as a camera company, it is also worth investigating what kind of people that the company was hiring over the past months. In their hiring spree, they hired tech experts in the field of electrical, mechanical, prototype, interactive, RF/antenna and new product introduction engineers. They also hired CMF designers, industrial engineers and mobile services experts.

Now, you can argue that it could just be a coincidence, right? But wait, the individuals that they hired used to work at big companies such as Motorola, Apple, Google, HTC, Verizon and Nokia. And just when you think there is nothing more to add, Snapchat has also opened up positions for an electrical engineer, QA engineer and a software engineer on their website.

If you are interested, you can try to apply there. If you get hired, PM me and I will buy you a 6-pack and we can talk about the cool job you have.

The Possibility That There Could Be No Snapchat Phone

On Snapchat's website, a slogan or tagline (whatever it's called) is posted there saying, "We believe that reinventing what the camera represents our greatest opportunity to improve the way people live and communicate." So with that being said, the possibility of a Snapchat phone could just be dubbed as fake news. And just like I said earlier, Snapchat could be instead working on a new evolution of the Spectacles.

Speaking about a Snapchat phone, there is a concept design that was created and reported at Mediakix of what it could possibly look like. Based on the photo, the phone features a one-touch capture button on the right side, while the left side features that volume keys. On top is the power button, and finally the front design features a 360 degrees front-facing camera and a home button with Snapchat's logo (which looks like a ghost-like figure) that could possibly be software based.

Tinder's Sean Rad: AI And Tinder Will Change How People Will Date

On an interview, Sean Rad discusses how he sees the future of Tinder could be. In his vision, he plans to incorporate AI into the dating app.

Three men were arrested in Sweden over suspicion of gang raping a 30-year old woman while broadcasting it via Facebook Live and uploading pictures of the rape on Snapchat.

Hundreds of employees at Google Fiber have been transferred to Access to work at other parts of the company. This is said to be a move for a wireless future that involves less fiber.

#BoycottSnapchat Is Trending, Why Thousands Of Users Deleted The App

Thousands of Snapchat users have deleted their accounts because of Snap CEO Evan Spiegel's alleged controversial comments about India and Spain.

After months of being copied, Snapchat finally breaks its silence and played the best April Fool's prank on Instagram. It's well-known that Instagram plays copycat on its rival, but now, Snapchat strikes back.