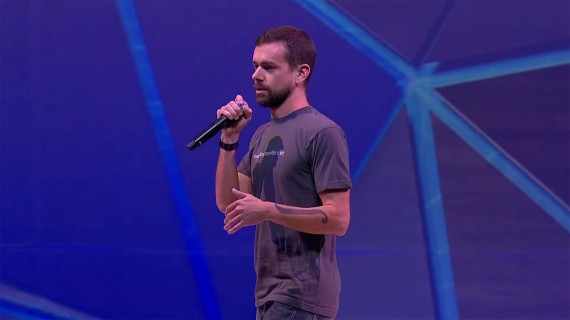 Although Twitter is facing the most difficult moment in its history, Jack Dorsey bought $7 million of its stocks in order to show an optimistic picture to investors and increase his power as CEO. (Photo : Twitter Dev/YouTube)

Jack Dorsey is definitely one of the most interesting members in Silicon Valley, thanks to the fact that his performance in the tech business has been filled with different situations that in addition to being highly successful, he has also been quite controversial. In order to know more about Twitter´s CEO, here are the craziest facts that definitely defines his trajectory.

Jack Dorsey Was Fired As Twitter´s CEO In 2008

This is probably the craziest fact about Jack Dorsey, considering that he´s Twitter´s CEO, and he just increased its power in the company. He was fired from the company but returned some years later to save it from its really bad situation, just what happened with Steve Jobs and Apple.

Although anyone might be thinking that it is quite surprising that he got fired from the company, being one of the co-founders and its first CEO, the truth is that Jack Dorsey - whether he wanted it or not- did everything he could to get fired from Twitter. Believe it or not, according to Hatching Twitter, the Nick Bolton´s book about this social media network, Dorsey was a really bad manager that didn't know how to handle criticism sand wanted to take credit for everything. Also, he had a concerning lack of communication with the investors and would invest his time and attention more on his hobbies like yoga or drawing classes instead of resolving the alarming issues of his company.

He Runs Two Major Companies At The Same Time

When Jack Dorsey was fired from Twitter, he decided to create the financial service company Square, and even when everyone thought that another failure would give him a really bad reputation in the tech world, he managed to make it big with this company, to the point in which his performance as its CEO was one of the reasons why Twitter decided to hire him back.

What was really surprising in this particular situation was that far from leaving the company he founded, one of the main conditions that Jack Dorsey showed to Twitter´s board members before he returned as its CEO, was that he will also continue his functions in Square.

He Had A Speech Impediment While Growing Up

On a personal note, Jack Dorsey is quite interesting considering that even when he´s one of the most important members of Silicon Valley and the fact that he has been defined as some kind of rebel in the tech world, there´s actually a single fact about him that contradicts his image and really shows some aspects of his inner side.

Believe it or not, he had a speech impediment while growing up that is still noticeable in many interviews and press conferences. This problem has made him an ineffective communicator, as displayed by his sudden silence the middle of a conversation, resulting in inconvenience to the audience. Also, Twitter´s CEO confessed that he has been having a rough time when talking with someone face to face since he believes that this is not his natural state.

Twitter Starts Rolling Out A New Punishment For Abusive Users

If Twitter keeps failing in finding solutions to online abuse and harassment, it will be quite possible that the social media will keep losing users, which clearly represents a really concerning situation.

With this particular move, Jack Dorsey not only increase its power in Twitter, but also send an optimistic message to investors, just after Wall Street analysts lost their faith in the platform.

Despite the fake news controversy that risked the integrity of Facebook, the giant social media company is more than determined to better its efforts in creating a harmonious community.