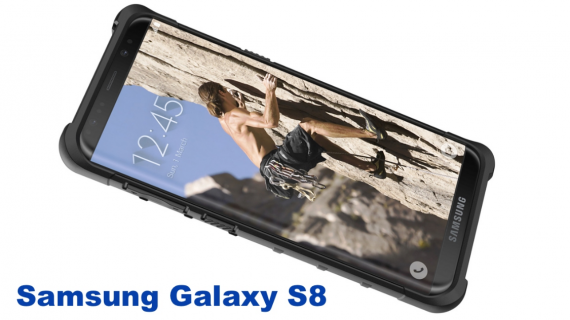 The Samsung Galaxy S8 codenamed as SM-G95, and the Galaxy S8 Plus, with codename SM-G955, will launch in colors of Black, Gold and Orchid Gray. The smartphones will seemingly cost $950 and $1,050, respectively. (Photo : sakitech/YouTube)

From a recent report, Samsung claimed that the company will not unveil the Galaxy S8 at MWC 2017, instead, they will give the audience a launch date and a video teaser of the smartphone. Because of that, Samsung Galaxy S8 leaks have been overflowing the internet and the latest brings color variants as well as the price of the smartphone. There's also a trademark filed regarding the much rumored AI assistant which is named as Bixby.

There’s no exact way to verify the rumored details regarding the Galaxy S8 and S8 Plus. If ever the details are accurate, this new report indicates that Samsung’s next smartphone will indeed be more expensive compared to any other Samsung handsets such as the Galaxy S7. With the said price, we can say that the phone might cost at least $100 higher than its predecessor, but the question is, will it be cheaper than the upcoming Apple iPhone 8?

Galaxy Club reported that Samsung filed a trademark for a new AI assistant for the upcoming Galaxy S8. The name of this rumored new AI is Bixby and it suggests that it is going to be a lot better compared to the old assistant. Related trademarks have been registered by Samsung in the past for Bixby Pay and Bixby Vision as well.

The Bixby Reminder, as the name suggests, is expected to be able to read calendar events saved on the smartphone and remind the user about its activities automatically. Samsung Galaxy S8 is also expected to have a dedicated button to activate Bixby on the smartphone. It is also rumored to be integrated with all the native apps.

The upcoming Microsoft Surface Pro 5 would remain a benchmark when it comes to 2-in-1 gadgets. But since it's not on the market yet, let us see other 2-in-1 devices that can be its alternative.