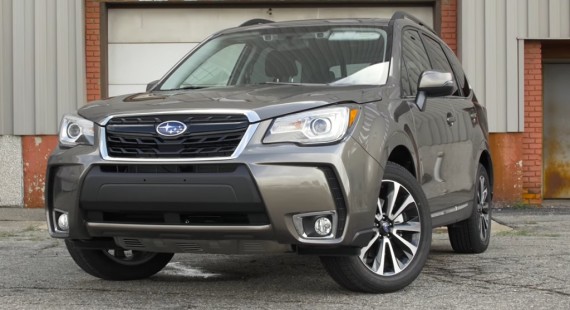 Here's what happens when the 2017 Subaru Forester takes on the 2017 Toyota RAV4 in an SUV showdown. (Photo : MOTOR1/YouTube)

Needless to say, power is one of the first things we check out regardless of the kind of vehicle we are looking to buy. According to US News, the 2017 Subaru Forester offers two options for its powertrain. First is the standard 2.5-liter four-cylinder that is good for 170 horsepower. This is matted with a standard six-speed automatic transmission and an optional continuously variable transmission (CVT). Accordingly, the CVT becomes standard in the 2.0-liter turbocharged engine with 250 horsepower.

The 2017 Toyota RAV4 in comparison does not offer an option for its powertrain. The only available engine is a 2.5-liter four-cylinder that can put out 176 horsepower. Accordingly, this powertrain is paired with a six-speed automatic transmission with no other gearbox option.

Fuel economy is a factor that can never be taken out in any equation when it comes to choosing the right SUV or any vehicle for that matter. The 2017 Subaru Forester gets another point in this regard with its 26/32 miles per gallon range for city and highway driving. The 2017 Toyota RAV4 on the other hand, only has a rating of 22/28 miles per gallon in the city and on the highway respectively.

In terms of overall interior that includes seat comfort and refinement, technology and cargo space, the 2017 Subaru Forester once again takes the lead except in the cargo space factor. The Forester offers overall comfortable seats with quiet cabin while the RAV4 gives a bit of difficulty for the passengers in the second row.

In terms of safety and reliability, the 2017 Forester and 2017 Toyota RAV4 have the same rating and are both given Top Safety Pick+ award by Insurance Institute for Highway Safety (IIHS) making them equal in the safety aspect. The reliability factor however, is a different story. According to J.D Power scores, the previous RAV4 rated higher than the Forester and since both models were not heavily modified for 2017, the RAV4 is expected to get the point in this regard like it did last year.

Honda will finally show a production version of the 2018 Civic Type R at the 2017 Geneva Motor Show.

Toyota Motor Corp. has recently started selling its very first plug-in hybrid electric SUV in Japan as it now looks to commit more of the company's resources towards the electric vehicle market. Is the car worth the price?